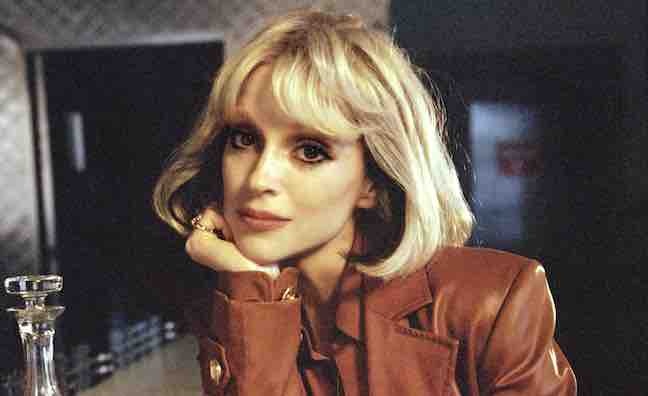 St. Vincent has given the lowdown on her new album Daddy's Home, with the record on course to become her highest-charting to date.

The Texan's sixth LP, Daddy's Home is No.4 in the Official Charts Company midweeks after amassing 5,845 sales.

Speaking in her recent Music Week cover story, the star - real name Annie Clark - said the recording process had been an uplifting experience.

“It was truly just having so much fun playing music," she said. "I’d go in and sing a song in my studio, just for fun, just, ‘Oh, I wonder how my voice is going to sound today’, and the same with putting guitar parts down, just playing for fun and joy. That’s probably emblematic of the whole process.

“It’s not that any record is easy to make, because it’s not. But a lot of times the strife in the process is you getting in your own way and not some literal external force. It’s the ego games and self-loathing circus that gets in the way.”

There is no star-making machinery anymore

Released via Loma Vista in the US, in the UK, Daddy’s Home is the flagship release for the newly-launched Virgin Music Label & Artist Services.

Clark's previous studio album, 2017's Masseduction (40,974 sales, OCC), became her first to crack the Top 10, peaking at No.6. But the 38-year-old insisted she had no interest in working out the magic formula behind a hit single in 2021.

“As far as I can tell, there is no star-making machinery anymore,” she said. “It’s like the way that things get popular is a random song gets popular on TikTok, but only 15 seconds of it that kids like to dance to. I have no idea.

“There doesn’t seem to be a centre of what popular music even is. I wouldn’t even know where to begin. It has zero bearing on my thought process.”

The album's title, Daddy’s Home, refers to Clark’s father being released from prison in 2019. After the first wave of press about the record came out in March, he received calls from his former inmate friends congratulating him on the album he inspired.

“He really is thrilled about it,” she said. “He’s a funny dude. He doesn’t seem cowed by his history or anything. He just kind of owns it and goes about his life. He’s a good hang.”

Clark also discussed accepting an invitation from the legendary Paul McCartney to rework the track Women And Wives for his covers album McCartney III Imagined.

“If Paul McCartney called me, then I did something right," she said. "I saw a +44 come up and I thought, ‘Well, that sounds exciting’ and I answered it. And it was Paul McCartney.

“He’s so lovely. And he’s so Paul McCartney! You know, he’s just on the other line and he sounds just like Paul
McCartney. It felt absolutely unbelievable, and another aspect is that he’s so charming that he really made it no big deal, it was just Paul, and, ‘Hey’.”