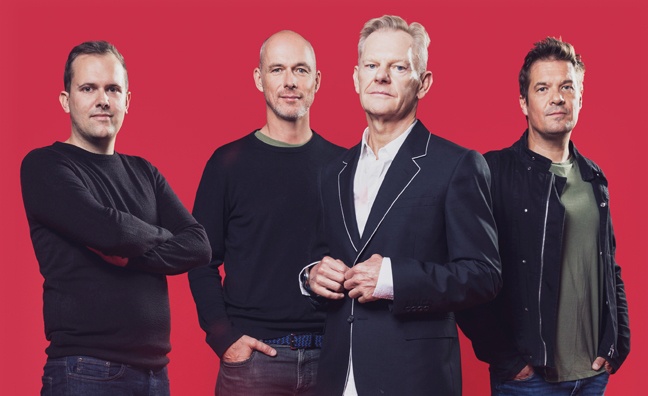 The complex is now home to over 200 businesses and artists including Beats 1, Noel Gallagher, The Prodigy, Hipgnosis, Urban Development and Good Soldier Records.

“Paul had a vision for where King’s Cross was going and that was the clever bit really," said Keynes. "Very quickly, it became apparent to me that, if we could get the offer right, we could get people to base themselves here because, actually, the location was really attractive.”

Effectively, we've ended up building an ecosystem of interlinked businesses

Keynes and Harwood were members of '90s boy band Ultra prior to forming music production company Goldust. Kempe had previously invested in the firm, which relocated from Ealing to become one of Tileyard's first tenants in 2011.

"We started with 10 music studios and, effectively, we’ve ended up building an ecosystem of interlinked businesses,” explained Keynes.

The company’s managing and publishing arm Tileyard Music, which announced a global partnership with Sentric Music Group last year, was co-founded by Harwood in partnership with Arme and is represents artists such as Joel Corry, Sigala and Ella Eyre.

“We were fascinated with how more studio-based management and publishing companies worked in Sweden and Copenhagen,” said Arme. “Our whole USP was built from finding things early and then bringing them through.

“Fast-forward nine years and we have a company that is continuously growing. We’ve done more than 10 billion streams now between publishing and management and that’s been really nice to work towards.”

“I’m very much the creative side and Charlie comes from labels – he’s a fantastic manager," explained Harwood. "But what we found with our roster – with Sigala, Joel and Ella, and all of our up-and-coming stuff – was that we needed someone to drive those campaigns forward.”

Hughes said: “Every bone in my body had been thinking about going back to a label – that’s where I’d been for over 20 years – but they showed me around Tileyard and talked me through everything and I could sense the ambition. I think the role of a manager is more vital than ever and it seemed an exciting time to come over.”

Plans are also underway for Tileyard North in Wakefield, West Yorkshire. The first phase of the project is scheduled to see its initial residents move in in Q1 2022, with final completion expected by 2023.

“There is a huge amount of talent up north, but there is nothing like Tileyard out of London, so it’s very disparate and this is the perfect opportunity to bring all that talent together in a central place where they can work together and collaborate," added Kempe. "There’s still this thing that if you want to make it in music, you have to go down to London, but that’s not our feeling at all.”