'The band perform very well on streaming services': Absolute's Mark Dowling on the All Saints revival 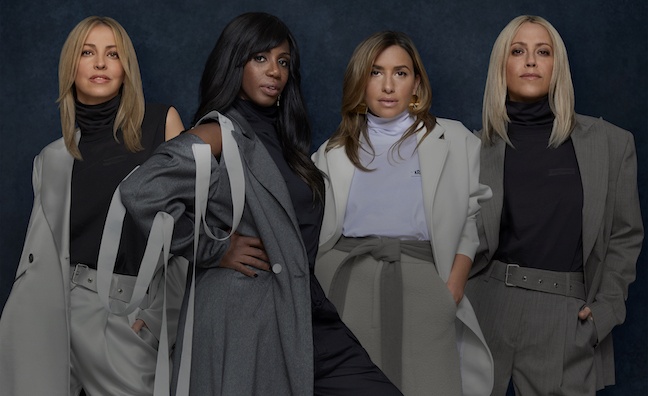 All Saints are back with their fifth album, Testament, which has seen positive reviews as the group reunites with Pure Shores producer William Orbit. Released on their own AS label, All Saints have partnered with Absolute for the follow-up to 2016’s Red Flag.

Absolute have been enjoying chart success with acts including Jane McDonald and Steps. Here, Mark Dowling, director at Absolute Label Services, takes Music Week inside the All Saints campaign…

Are you proud to be working with a celebrated British pop act such as All Saints?

We are obviously delighted to be working with All Saints and Fascination management on Testament. All Saints are one of the biggest girl bands the UK has produced so to be involved with them is something everyone at Absolute is very excited about. The album whilst giving a nod to the past is still very current and has seen them evolve.

The band went Top 3 with their comeback a couple of years ago – what are the ambitions for this follow-up?

We obviously would like to emulate past successes but in today’s market I’m not sure chart position defines ‘success’. As the band are on their own label and control all aspects of the business, the album will drive all activity across their live, sync and branding, as well as their streaming profile, which has continued to grow.

How important has songwriter Shaznay Lewis been to their success and this record?

Obviously, Shaznay plays a key role in the songwriting. The band’s phenomenal success over the years is testament to that. The rest of the band play important roles too, as does long-term producer K-Gee, who has been with the band since day one. This album also sees the return of producer William Orbit, which I know the band are very excited about.

What kind of relationship is the Absolute deal?

The deal we have with the band is no different to many of our other deals. We act as the record label for All Saints but all copyright and ultimately all the decisions remain with the band at all times. We take them to market and handle all aspects of the process. So we fight their corner at both digital and physical retail and are heavily involved on the marketing side. We also get involved in the band’s direct to consumer side and their neighbouring rights business.

We have worked with the band’s management, Fascination, previously. We worked on Steps Tears On the Dancefloor album, which has gone gold and was the second biggest independent album of 2017 behind Stormzy. We have a strong relationship with Fascination. We complement each other really well.

Can you give us an idea of what will be driving the campaign and who are the audience you’re trying to engage?

Their previous album Red Flag was only two years ago, so their audience is already engaged to an extent. Our job is both to re-engage their existing fans and build a bigger audience. The group is well represented across press and TV, and we have the support of BBC Radio 2. The first single, Love Lasts Forever, is A-listed and the band are also confirmed for the Proms In The Park event for Radio 2 in Hyde Park in September.

How do you think All Saints can perform on streaming with this album?

The band perform very well on streaming services – something that has grown since Absolute became involved. Monthly listeners have grown by almost 200,000 – now with 1.2m listeners a month. We have secured both Spotify's New Music Friday playlists and Apple’s Best Of The Week on each single and instant grat single on the campaign. Both of the key streaming platforms have been very receptive to the band.