The best moments from C2C Festival 2019 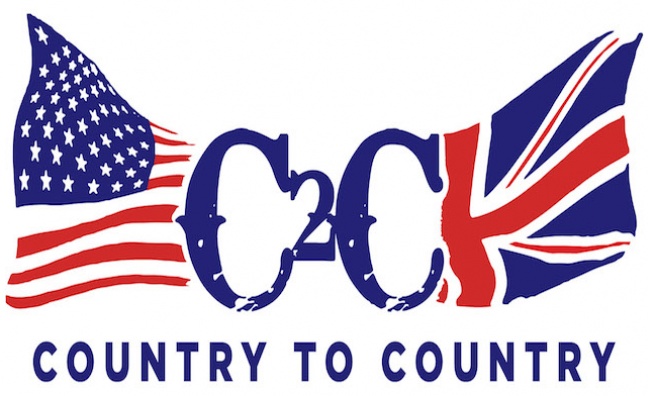 The distance between London and Nashville is precisely 4,183 miles, but this past weekend (March 8-10) it felt like there was nothing separating them at all. Country To Country Festival – Europe's biggest country music event – returned for its seventh year, with tens of thousands of fans flocking to London’s O2 Arena, not to mention its other sites at the 3Arena Dublin and SSE Hydro in Glasgow. It’s proof, if any were still needed at this point, that country music’s rise continues unabated on our shores. As with previous incarnations, this year’s C2C boasted an incredible array of superstars ­­– some returning, some playing for the first time. Here, Music Week rounds up the best performances from across three days in the capital…

Not only did Lyle Lovett boast the best haircut of C2C (we’re talking David Lynch levels of unmitigated cool here, people) he also delivered its standout performance. In fact, his perfect set – and it really was note perfect, among many, many other virtues – is in contention for being among the greatest showings C2C has ever produced. Spanning a mind-boggling array of genres and moods with consummate ease, it was at times devastatingly poignant (on North Dakota and Twelfth Of June, in particular), at others utterly hilarious, such as the dazzling spoken word sections of Here I Am. The audience deserve credit for helping make it even more special: they clapped when it was called for, but also maintained a meditative silence when the songs demanded it. All of Lovett’s band – or “quasi cowboys” – were outstanding, and displayed impeccable musicianship, but special mention must go to the soul-stirring vocals of Francine Reed on their cover of Ida Cox's Wild Woman. This was a set of rarefied genius.

What we had here, ladies and gents, was a clear-cut case of ‘Jennifer Nettles syndrome’. No sooner had C2C started back in 2017 than Nettles took to the stage and put on a genuinely spellbinding performance: the best of the Friday, and arguably the entire weekend. You could say it’s a shame when the weekend peaks so early on, but the truth is Cam’s was, similarly, no ordinary performance – it felt like a genuine moment of witnessing someone’s career kick up several notches. She had, of course, impressed at C2C before. When Cam played the satellite stage in 2017, she had the whole O2 Arena singing the beautiful strains of Burning House. She handled the transition to the main stage with inimitable flair: it was hard to tell what was more potent, her incredible voice or her infectious personality – be it asking for a mosh-pit, impersonating Sam Smith or imparting wisdom from her gran (“Sex is like a milkshake…”). If she ever grows tired of country, she could always try her hand at stand-up comedy. Everything she does tonight turns to gold, be it remixing Mark Ronson & Miley Cyrus’ sad banger Nothing Breaks Like A Heart into Dolly Parton’s Jolene, or airing songs like Diane and Forgetting You When I’m Alone from her highly-anticipated second album. Judging by the reactions to the latter, it really needs to come out sooner rather than later. When she closesd with Burning House – still one of the best modern country songs of recent years – the entire O2 sang it back to her. Only the relatively svelte set time stopped this from feeling like a headline slot.

Can lightning strike twice? That was the sizeable question mark dangling over Ashley McBryde’s eagerly-anticipated main stage performance. As a recap: last year she delivered a mini-set on the satellite stage, along with the weekend’s standout moment: it was a grand introduction that has lingered long in the memory. Could she do it again? Yes. With a longer set, and the crowd more familiar with her material, she once again left a huge impact on the O2 Arena with the likes of American Scandal and Fat And Famous. Her humour only helped make her star shine even brighter, be it introducing her band which she christened the 'dead horses' (“’cause you can’t beat ’em”) or admitting she was wearing a lot of spandex (“to keep the biscuits in the tin”). It was Girl Goin’ Nowhere that, for second time in the space of a year, brought the O2 to pin-drop levels of silence for the verses and huge sing-along for the chorus. Does lightning ever strike the same place twice? Maybe not in nature. But Ashley McBryde most assuredly does.

Part of the beauty of C2C is that while it’s very much a home to the biggest names in country, it also serves as something of a unique equalising force. Put simply: smaller acts that have put in the hours of touring in the UK can often fair better than some of the big names that haven’t. So yes, Keith Urban is a big, huge, vast deal Stateside – but he’s largely been AWOL on UK shores for some time. It’s perhaps framed perfectly when Urban invites a fan onstage who asks him point blank: “What took you so long?” Urban declared early on that his intention was to make up for lost time during his debut C2C performance, and he did just that with a set that straddled both country and rock with finesse. Whether he was delivering virtuoso guitar licks or introducing his bandmates for solo spots – many of whom could probably hold a set themselves – it was all was very, very slick. Suffice to say that he secured some of the most memorable moments of the weekend with the sing-along to Somebody Like You and reducing the crowd to a slow dance during Blue Ain’t Your Colour. Urban has a reputation for delivering big shows. He lived up to it and then some this year.

This may sound like a backhanded compliment, but it isn’t: it was hard not to be impressed by the sheer of lack of spectacle revolving around Chris Stapleton’s closing headline set. Flanked by his three bandmates, Stapleton was – by his own volition – pushed right to the lip of the stage, leaving about 3/4 of the space available empty. There was nothing whatsoever to distract from the music itself. Which is fortunate, really, because Stapleton – a man with a big beard and even bigger songs – was in fine form. In some ways, he doesn’t make an obvious choice for a festival closer; more often than not he was in pensive mood and often reticent between songs, but the sheer weight of feeling contained in the likes Traveller and Fire Away thrilled nevertheless. No, it was not the all-singing, all-dancing party some might have wanted from the end of C2C 2019, but it was an undeniably brilliant one.

Portrait Of A Lady (Antebellum)

The most impressive thing about Lady Antebellum’s headline set was just how easy they made it look – whether it was opening with the excellent one-two punch of I Run To You and Bartender through to Charles Kelley singing in the middle of the crowd, delivering a cover of Elvis’ Suspicious Minds or bringing Hunter Hayes and Carly Pearce onstage. At one point Kelley announced, “We’re working on a new record, we haven’t even finished this song yet – if you don’t like it, it’ll never be heard again.” They proceeded to play Never Get Over You and were met with a collective – and very literal – thumbs-up from the crowd, which bodes well for their next release. The only flaw wasn’t really one they could control when they took things down a peg to do a series of intimate songs. After working so hard to get the party started, it would perhaps have been perfect for their own gig, but not so much playing to a festival crowd that had spent an entire day supping booze – including a Dustin Lynch-led drinking game hours earlier. Maybe it depended where you were in the crowd and the intoxication/volume levels of the people around you, but the beautiful strains of Hello World and fantastic new song Be Patient With My Love seemed to struggle to be heard above the general inebriation. Still, even that couldn't derail their overall impact, especially not when they reached their mega hit Need You Now. This was only their second time headlining C2C; it most certainly won’t be their last.

An unfortunate, yet necessary symptom of Country 2 Country being so focused on bringing the biggest names in country across the pond – those that UK audiences don’t normally get to see – is that homegrown acts sometimes struggle to secure a prominent space. That was remedied this year. Just two years ago, Catherine McGrath was playing as part of C2C, but outside the main arena winning over passers-by and hungry punters by pop-up food stalls. This year she was back and playing on the second stage inside the main area (part of what makes C2C unique is that, as soon as a main stage act ends, an upcoming singer-songwriter will perform a mini-set at the sound desk). McGrath only had three songs but she made her presence felt with Just In Case, Wild and Lost In The Middle. Later on in the day, McGrath even returned to duet with Hunter Hayes during his set on the main stage, too. Another triumphant outing came from The Wandering Hearts on the Sunday. They have impressed for a while at various shows, but the truth is they delivered far, far beyond expactation on the satellite stage with the likes of Burning Bridges and Devil nailing their USP: beautiful harmonies galore. The sound of loud clapping that echoed around the O2 afterwards was proof of a job very well done. These may seem to be comparatively small footsteps for now in the greater scheme of things at C2C, but they are nevertheless extremely important ones for rising homegrown talent.