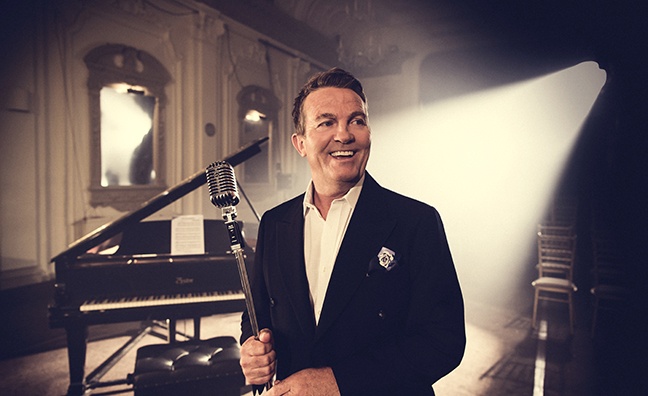 Bradley Walsh has told Music Week he believes TV personalities releasing albums are tapping into a section of the market where physical sales still play a vital role.

The TV funnyman released the No.2 biggest-selling UK debut of 2016 in Chasing Dreams, and follow-up When You’re Smiling is poised to chart in the Top 15 this week.

With Music Week coverstars Michael Ball & Alfie Boe still spearheading the phenomenon with two consecutive No.1 albums, TV stars including Shane Ritchie, Nick Knowles and Sheridan Smith are also releasing major label records in Q4. Walsh believes the labels are onto something, citing physical sales as the reason why.

“You know what, I’ll tell you, there’s a market for it,” he said. “There’s still a certain amount of people in the UK of a certain age and demographic that can’t or don’t want to order online. They want something tangible, they see it and they buy it, they still shop. That’s a massive market that people have realised is still there. Ball and Boe are testament to that, and Alexander Armstrong… If Jason Manford, bless him, wants to release an album, why not? Jason can sing.”

Walsh even revealed that the celebrities are swapping tips on how to take on the music business. “Jason rang me and I gave him my advice, and someone will speak to Jason and so on,” he said. “I don’t think it hurts anyone, it’s great that everyone’s trying to do that, the more the merrier.”

Walsh’s debut currently sits on 142,162 sales, according to the Official Charts Company. Ball & Boe’s Together has sold 613,842 copies so far, with Together Again on 72,614. Both albums were released on Decca, with the campaigns driven by label president and Music Week Women In Music Businesswoman Of The Year Rebecca Allen.