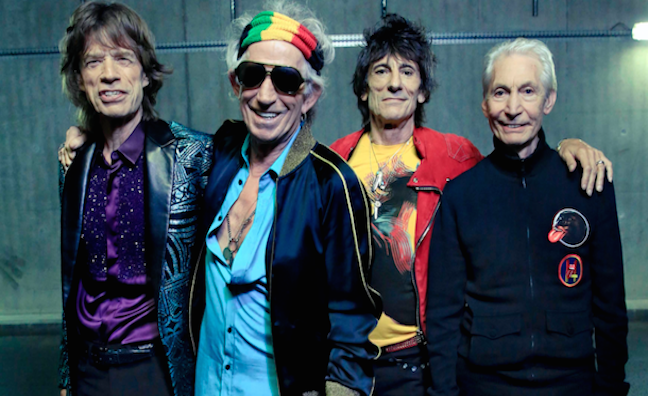 The Rolling Stones have signed a new neighbouring rights agreement with BMG.

As press release stated that BMG will collect the royalties due when the group’s recordings are played on TV and radio internationally, while BMG will also continue to represent Mick Jagger and Keith Richards for publishing.

The deal to represent the four members of The Rolling Stones – completed by Charlie Watts and Ronnie Wood – comes six months after BMG launched its boutique neighboring rights service. BMG also represents much of the recorded catalogue of Keith Richards, Ronnie Wood and drummer Charlie Watts.

BMG CEO Hartwig Masuch said: “If you are in the business of selling services to artists and songwriters, these are the kinds of client you dream of attracting. We are immensely grateful to Mick, Keith, Charlie and Ronnie for putting their faith in us.”

These are the kinds of client you dream of attracting

Alistair Norbury, BMG president, repertoire & marketing UK, said: “At a time when streaming is further highlighting the value of iconic music rights, our objective is to offer the best possible service to artists and songwriters. We are delighted for the opportunity to further demonstrate the value we can add for four of the greatest names in rock with our neighboring rights service.”

BMG handles publishing for all of the songs written by The Rolling Stones songwriting team since 1983. Additionally, it will be responsible for handling Jagger and Richards's shares of their pre-1983 copyrights, which are represented by ABKCO (1963-1971) and EMI Music Publishing (1971-1983).

Songs directly published by BMG include all future compositions, plus the albums Dirty Work (1986), Steel Wheels (1989), Voodoo Lounge (1994), Bridges To Babylon (1997) and A Bigger Bang (2005). BMG will also administer Jagger and Richards’s interests in all of their Rolling Stones tracks dating back to 1963.

The Rolling Stones will celebrate their 60th anniversary in 2022. Earlier this year, they released Living In A Ghost Town, their first new music in eight years. Also in 2020, they broke a chart record to become the first band to hit No.1 in six different decades.