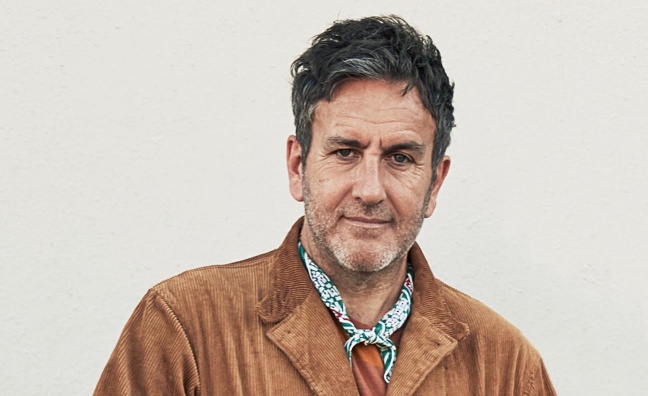 The Specials have paid tribute to singer and songwriter Terry Hall, who has died aged 63 after a brief illness.

The Specials had two consecutive Top 5 albums between 1979 and 1980, and hit No.1 in the singles chart with Too Much Too Young and Ghost Town.

The socially conscious group enjoyed a renaissance in recent years after signing to Island.

“It is with great sadness that we announce the passing, following a brief illness, of Terry, our beautiful friend, brother and one of the most brilliant singers, songwriters and lyricists this country has ever produced,” said The Specials in a statement on social media. “Terry was a wonderful husband and father and one of the kindest, funniest, and most genuine of souls. His music and his performances encapsulated the very essence of life… the joy, the pain, the humour, the fight for justice, but mostly the love.

“He will be deeply missed by all who knew and loved him and leaves behind the gift of his remarkable music and profound humanity. Terry often left the stage at the end of The Specials’ life-affirming shows with three words… ‘Love Love Love’. We would ask that everyone respect the family’s privacy at this very sad time.”

It is with great sadness that we announce the passing, following a brief illness, of Terry, our beautiful friend, brother and one of the most brilliant singers, songwriters and lyricists this country has ever produced. (1/4) pic.twitter.com/qJHsI1oTwp

Hall left the group in 1981 and went on to have success with Fun Boy Three, as well as solo recordings and collaborations. He rejoined The Specials in 2008 for touring and the band recorded a new album, Encore (Island), which became their first ever No.1 LP.

Encore was the first Specials album to feature Hall since 1980. It has sales to date of 74,806, according to the Official Charts Company.

“This is a real one because we’ve got our singer back, our real voice, which is Terry Hall,” Lynval Golding, The Specials’ guitarist and backing vocalist, told Music Week in 2019.

The Specials returned to the charts last year with covers album Protest Songs 1924-2012, which peaked at No.2.

"I was deeply saddened to hear about Terry Hall's passing on Sunday. @SugaryStaple was called as we arrived in Egypt. We knew Terry had been unwell but didn't realise how serious until recently. We had only just confirmed some 2023 joint music agreements together. This has hit me pic.twitter.com/sHNMJIwPII

The Specials were a celebration of how British culture was envigorated by Caribbean immigration but the onstage demenour of their lead singer was a reminder that they were in the serious business of challenging our perception of who we were in the late 1970s. RIP Terry Hall pic.twitter.com/PVwbXyXubq

Sad to receive the news of Terry Hall’s passing last night from Lynval Golding. Terry’s voice was the perfect instrument for the true and necessary songs on “The Specials”. That honesty is heard in so many of his songs in joy and sorrow. My condolences to his family and friends.

Horrid news????
Have always been a fan. So many songs of Terry Hall that I’ve loved throughout my life. Specials. Fun Boy Three. Colourfield ?? pic.twitter.com/QwMeHpkzGA

Gutted to hear of the passing of #terryhall. He was a lovely, sensitive, talented and unique person. Our extremely brief romance resulted in the song Our Lips Are Sealed, which will forever tie us together in music history. Terrible news to hear this. ???? pic.twitter.com/Fxxqr0p01T

We are very sad to hear of the passing of Terry Hall the lead singer of @thespecials
Another one gone too soon!

One of the greatest frontmen from one of the greatest bands.
And a gorgeous, kind, down to earth man. I’ll miss his music, his United post match honesty, his messages. ????
?? Terry Hall Forever ?? pic.twitter.com/etTSo5Pl20

Our deepest condolences go out to The Specials family at this sad time.

A terrible loss to all of us, way too young, RIP Terry Hall pic.twitter.com/mp0ap1yzBD

This is very very sad news

Only if we had the conscious humour & intelligence in popular music today that #terryhall brought in his lyrics to us all back then.

It’s time to put the specials where they belong as one of the greatest British bands ever. #ripterryhall https://t.co/Ghrh2o0uPj