'There is a big opportunity': Sony Music's Ricardo Chamberlain on the Latin boom 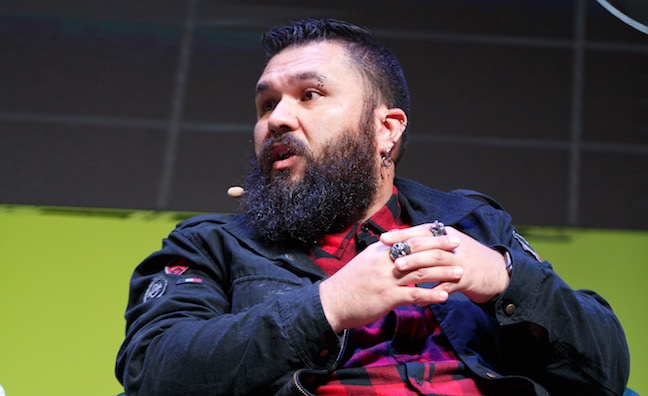 It’s two years since the big breakthrough of Latin music globally on streaming with Despacito.

In a follow-up interview with Music Week, Chamberlain expanded on his vision for streaming.

“The globalisation of music has been able to take those barriers down and [let people] enjoy music for what it is,” he said. “There is a big opportunity.

The trend for Latin pop continues, with Ed Sheeran recruiting Camila Cabello for South Of The Border. But Chamberlain admitted the K-pop has been the big global story in the last 12 months.

“K-pop caters for a very specific audience that at this point seems very big, especially because the [new] audience that is listening to it are not people that understand the language,” he told Music Week.

“K-pop is going through a great period of time, J-pop as well. And I don't want to say it's a fad, but it's definitely a trend that is happening right now with everything that we’ve experienced with technology and with younger audiences.”

There are definitely going to be new artists coming up

He added: “The same thing is happening to Latin music, but it’s more of a constant crossover and not just a spur of the moment. Latin music is something that has been there for a while - it lingers, it comes in and goes out. What has happened is that we've been able to get the message out there properly and not put the message behind a language. It's now about a feeling, it’s about emotion.”

Chamberlain said that “2017 was a big breakthrough moment” for Latin. But he noted the previous strong sales of artists such as Ricky Martin and Shakira, and tipped contemporary acts for global success, including Ozuna, Nicky Jam, Maluma, CNCO and Paloma Mami.

“There are definitely going to be new artists coming up,” he said. “There's always the vision of collaborations, that could be the trend. When I see audiences react to that moment, you feel grateful that you're able to reach so many people that might not even speak Spanish.

“It’s just about breaking through the noise that is out there and letting people know that if you like Ed Sheeran, you might like Ozuna as well.”