Tom Walker, The Script, Frank Turner back The World's Big Sleep Out to tackle homelessness 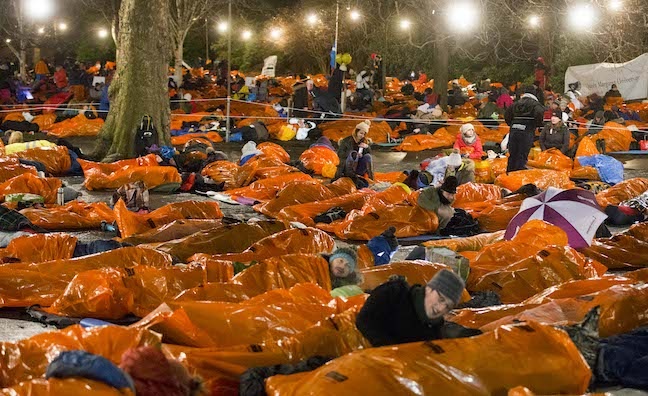 Artists including Tom Walker, The Script, Travis and Frank Turner are supporting The World’s Big Sleep Out on Saturday (December 7).

They are among artists and entertainers performing at events as part of a global initiative to raise $50 million (£38.7m) to help tackle homelessness.

Sony Music has also been a key supporter of the fund-raising event.

The World's Big Sleep Out Founder, Josh Littlejohn, said: "When I first came up with the incredibly ambitious and daunting idea of doing The World's Big Sleep Out, I knew that I wanted to book some prime music acts to help raise the profile of the event. Unfortunately, I didn't realise how hard this would be... and for a few months I didn't think we were going to get any, which was a massive worry as we knew this would be the key pulling force to get attention and sign-ups.

“Luckily I was introduced to Jason Iley from Sony Music and Richard Curtis, who have both been incredible and sent emails to all their contacts and clients asking for help. And now here we are on the eve of the biggest series of global homelessness charity events that have ever been done. Tomorrow the event goes ahead in 50 locations around the world with 50,000 participants with the most incredible line-up. I really can't thank them both enough. They've been instrumental to the campaign and the music they have helped me book has encouraged people to get involved, sign-up, sleep out and raise money for homeless and displaced people throughout the world."

Jason Iley, chairman and CEO, Sony Music UK & Ireland, said: “As soon as Josh explained his vision for the event I was in; I wanted to help in any way I could. I’m delighted and so grateful, that so many artists from across the world have given their time to support such an important cause.”