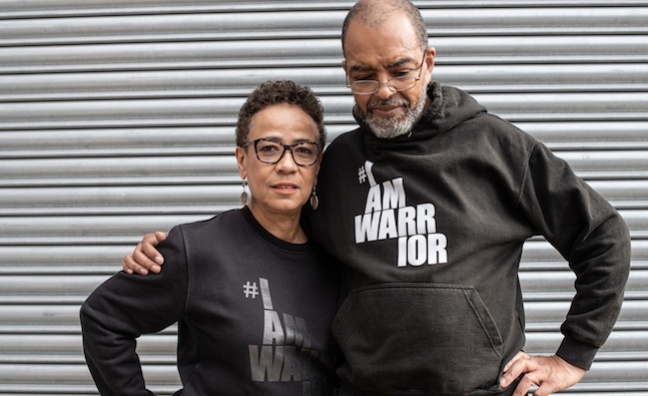 The pair's organisation helps, for free, many young people wanted to get into performing jazz music, and has worked with over 10,000 people, including Soweto Kinch, Denys Baptiste, MOBO winner Zara McFarlane and Cassie Kinoshi, who leads the Mercury Prize-nominated Seed Ensemble.

Speaking to Music Week, they say a proposed 50% cut to arts education across higher education institutions would be damaging to musicians and audiences alike.

“It’s an absolute travesty,” declared Irons. “It’s unjust because, of course, the people who are going to be hit hardest are going to be those from less well-off backgrounds.”

Crosby agreed, adding: “I almost felt like crying when I read that. Because it’s an attack from the people in power – one of many attacks, like the one on the BBC, the severed connection with the rest of Europe. I read about the funding cut and it felt like the beasts were at the door.”

If you keep blocking off investment, then imagine all the talent that is getting missed

However, while the individual students involved are often the focus, the Tomorrow’s Warriors leaders urged the government to rethink and look at the bigger picture, suggesting the policy will have a big impact on the country's cultural life.

“The other side of it is how it affects audiences," noted Irons. "We just think about how it affects young people in education, but if you keep blocking off investment in each stage of artistic growth, then imagine all the talent that is getting missed and imagine how that impacts on audiences. You are robbing society of an opportunity to experience great art, great music.”

Get the latest issue of Music Week, on sale now, for a full feature-length look at the work of Tomorrow’s Warriors.

Earlier this month it was announced Tomorrow's Warriors' Gary Crosby and Janine Irons were the 2021 winners of the MPG Inspiration Award.