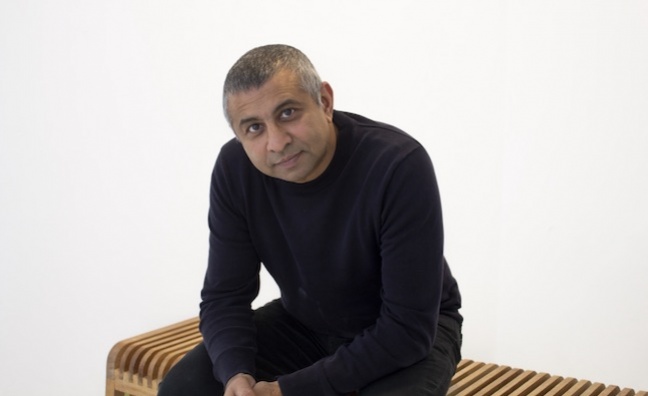 On the one-year anniversary of Blackout Tuesday, UK Music Diversity Taskforce chair Ammo Talwar examines the progress made by the music industry over the past 12 months - and highlights what needs to happen next...

One year on; how is the music industry changing?

The music industry has always been a little contradictory. While we cash in on audience motivation, cultural appropriation and creator exploitation, we continue to produce the most beautiful, accessible and life-affirming art of modern times. Looking through the decades, the industry has historically been happy to help keep Black artists and other outsiders down under the table - and then equally happy to collect revenue and cash their cheque in as soon as those same artists manage to turn those tables over. Two examples out of many:

This last 12 months has in many ways been unprecedented; I've written before in these pages about the impact of #TheShowMustBePausedUK and #BlackOutTuesday has had across the industry, from the Boardroom to the Green room. So, is today another one of those table-turning moments? Are we in history book territory now?

In my 20-something years of working in the music business, I've never heard conversations like I'm hearing now. Deep conversations about race, about equity and parity. Socially Distanced Social Justice discussions - over Teams, over Zoom and over Twitter. Ongoing input from maverick organisations including Black Music Coalition (BMC), Black Lives in Music (BLIM), Action for Diversity and Development (ADD) and the Black Association For Arts (BAFA) are all seriously influencing these debates in different ways. The UK's music ecosystem - root and branch - seems to be thinking things over, readying its response.

Are we making history? Or just making an effort?

From labels to publishers, venues to studios, funders to trade bodies there are groups like Alexa with the lights flashing. They’re deeply processing what they're hearing- unpacking complex conversations around systemic racism and historical bias. Transformation tomorrow would be nice, but some changes today are what people want and deserve. So what change can we see now, today?

So what's left, under the table?

As an ex-promoter myself it hurts me to see opportunities wasted. You wonder where you'd be if you'd booked Artist A instead of Artist B. You try to look along those roads you’ve never taken. It's always about growing the scene but - it's also sometimes about opportunity. It's like you've backed the wrong horse, bought the wrong stocks or hired the wrong social media guy; the one who trades Bitcoin all day and tells you he's been "curating distribution algorithms".

What I mean is this; Global giants, McKinsey have just released a major report into Black under-representation in US film and TV. It puts a Dollar value on the contribution of black talent and challenges the industry - the US media industry - to take up the opportunity of an extra $10 billion each year. They can do this by levelling up and unleashing the Black talent they’ve currently locked out of the system. Produced with BlackLight Collective, McKinsey's extensive research confirms that fewer projects by Black creatives are greenlit. Those that are, are consistently underfunded and undervalued by their studios. Yet they often go on to earn higher relative returns than other properties.

Any Person of Colour will have similar stories about the UK music industry - I know I do. But what makes this report so powerful is that it's not written for me (not even for any American film-industry cousins that I may have) but it's for The Bosses. Because The Bosses like to have it all spelled out in black-and-white, profit-and-loss. Otherwise they'll hire the Bitcoin guy. A review like the McKinsey/BlackLight report, outlining the practical next steps, the pinch points and the potential is going to shift the needle. We already know Black people and other minorities are under-represented in the music industry - you can already look around the exec rooms and see that and now backed by data with a pricetag! What we need to know - and what The Bosses need to know - is what happens next.

As per the new granular data released this week by UK Music’s Diversity Taskforce, we know the hard work has really just begun and we need to do better and faster when it comes to proper representation.  We already know and advocate that diversity is good for business, and good for revenue. But now here is our chance to prove it in black and white. That's why I'm advocating for similar research to support the successful transformation of our UK black music industry. Because I worry that on the day when those tables are flipped and there's balanced boards everywhere, the industry will just keep asking; "OK - so you're here; what do we do now?" Let's give everyone the best information, the best research and best projections we can to make change work for everybody and make that impact felt in their pocket and bottom line.