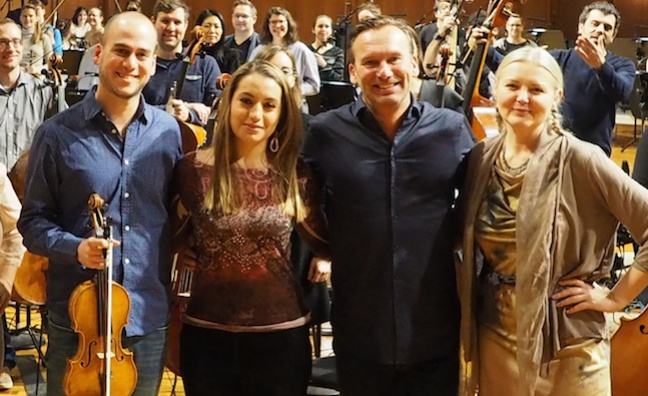 The Max Steiner Orchestra, based in Vienna, has appointed Vick Bain as their UK business development consultant.

The news follows an announcement by Austria’s government of the gradual easing of the country’s lockdown measures to curb coronavirus, allowing orchestras to record again.

Bain is a former BASCA CEO and was inducted into the Music Week Women In Music Awards Roll Of Honour in 2017. She also appeared on BBC Radio 4 Woman’s Hour Music Industry Powerlist.

Bain recently produced an influential report on diversity in the music industry.

The Max Steiner Orchestra (MSO) was created to bring film, television and video game music recording to the birthplace of classical music, Vienna. Founder Natalia Villanueva Garcia has collaborated as score supervisor with composers Danny Elfman and David Newman and was the project manager for artistic production of the World of Hans Zimmer Tours.

Natalia Villanueva Garcia said: “Working with Vick was the obvious choice for developing our collaborations with UK composers and publishers, we are delighted to have her on board as she brings a wealth of experience.”

Bain said: “I am very much looking forward to working with MSO. I was in Vienna before the lockdown listening to them re-record Hollywood classics and so know the studio facilities they use and the orchestra itself is phenomenal quality and will be a huge benefit to the UK‘s music industry.”