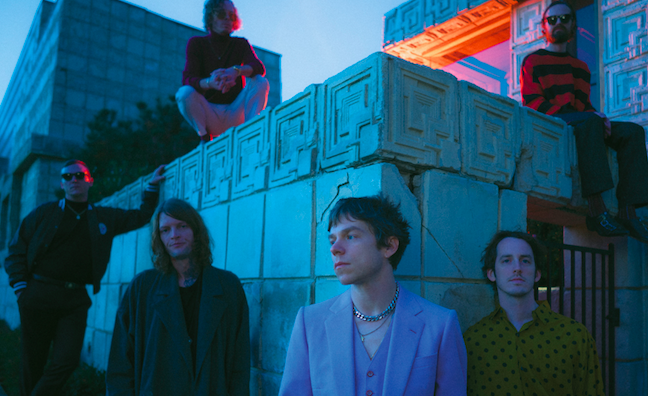 Cage The Elephant have signed a new worldwide publishing deal with BMG ahead of the release of their fifth album.

Social Cues is released on April 19 via Columbia, and the band will embark on a co-headline tour in America this summer with Beck, who features on the album.

David Hirshland, EVP music publishing catalogues, BMG, said, “We are thrilled to be working alongside Cage the Elephant on their ground-breaking new album. Beyond being their publishing partner, we are all huge fans of the band.”

Cliff Burnstein, co-owner of the band’s long-term management company Q Prime, said “We are happy to welcome BMG to the Cage The Elephant family. From the first meeting, they demonstrated that they had the expertise and enthusiasm to help elevate the band’s career."

We are happy to welcome BMG to the family

The group’s biggest-selling UK release is 2008 single No Rest For The Wicked, with 348,306 sales, according to the Official Charts Company. In 2017, they won the Rock Album award at The Grammys for Tell Me I’m Pretty.

Cage The Elephant hold the record for the most No.1 alternative songs of any artist on American radio this decade and have scored seven US No.1 singles.

Watch the video for Ready To Let Go below.