'We've built a large and loyal fanbase': Above & Beyond reveal how they cracked the US 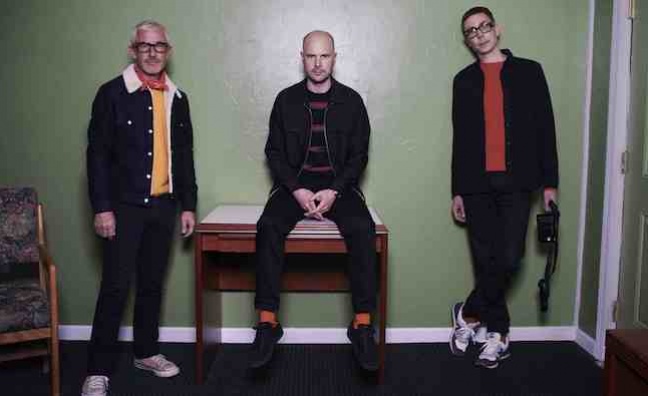 UK dance veterans Above & Beyond have been celebrating a successful campaign launch for their latest album in the US. Common Ground debuted at a career best No.3 on the Billboard 200 last week with 64,000 equivalent album sales (62,000 of which were physical copies.) Common Ground is their fourth electronic album (alongside two acoustic projects) but the first on their own Anjunabeats label in the US.

Above & Beyond also have a strong following in the UK – a headline Creamfields show is booked for Finbsury Park on May 26. But it’s the US market that has been driving their success. During their North American tour, Music Week caught up with Tony McGuinness (pictured, far left) to discuss their enduring career and chart peak…

How did you manage to hit No.3 in the US?

"A combination of 12 years of incessant tour in America, and a very fanbase-oriented strategy for the band – that’s always been our thing, to concentrate on the fans we do have. We have, over the last 17 years, through a lot of hard work and a lot of touring in America built a very large and very loyal fanbase, and we managed to motivate them all to get the album in the first week of release. We also did something with this album that has been very common in America over the last three or four years, which is to bundle a ticket with a CD for people coming to our shows."

Why did that approach work so well?

"One of the real issues that you have with physical product is that it’s more attractive than the retail situation would suggest. We’ve seen the survival and resurgence of vinyl – vinyl plants are working round the clock to meet demand – but what there isn’t is a retail structure around it. If you make it easier for people to buy physical product, that’s just easy, they don’t have to go and find it in a record store and hope it’s in stock. Around 70% of the people who bought tickets to our show redeemed the physical product that way."

What was the label set-up for Common Ground?

"We were with Ultra before, who were great partners for us for many years. This is the first album we self-released in America. That’s one of the reasons we thought the bundling would help us overcome any shortcomings in distribution that we would have on our first year on our own in America. We have an office in LA, but we don’t really have the infrastructure to get a record into every mom and pop store in America, so the bundling helped with that. We are now self-releasing around the world."

Is Anjunabeats a boutique label operation?

"We were one employee 16 years ago, and now we have 30 in the UK and half a dozen in Los Angeles. We’ve been growing very steadily and organically since we started. We have around 50 artists signed to us, we have albums and singles coming out every week. We incorporate a lot of the artists that we work with on the record side through our publishing company, and also in some of the live events we have put on. It’s always been our intention to grow in every direction – we are the ultimate 360-degree operation. We try and do everything it’s possible to do within the music business."

Has the timing worked out well to self-release?

"Yeah. There’s been continued growth of Above & Beyond in America – we played Madison Square Garden three years ago. The nature of Spotify and Apple Music has given new growth to the music business, so we’re in a position to benefit from that because now everything is in-house and we’ve been going long enough to have a catalogue, which is extremely important in those areas."

Was it important to the band’s success that you had an industry background?

"The mix of skills we found ourselves with right at the beginning has been incredibly important. For me, the time I spent at Warner and the people I worked with there were very important to my music education. There are people I met on that journey who are still very important to Above & Beyond. I learned an awful lot from how the major labels work. The avoidance of the standard pop singles route has enabled us to have long and sustainable growth, rather than a brief explosion and dwindling demise."