"When a song's real, people buy into it more": Camille 'Kamille' Purcell on her hits with Little Mix, Mabel and Jess Glynne 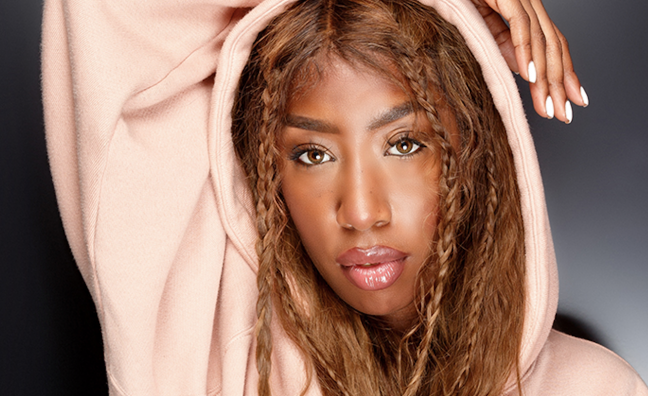 In the new issue of Music Week we take a very special look at the world of songwriting ahead of the Ivors.

Leading up our coverage – which includes interviews with Mark Ronson and Guy Chambers – is elite hitmaker and rising artist Camille ‘Kamille’ Purcell who has already notched up over four billion streams, 11 platinum singles and five UK No.1s for the likes of Little Mix, Clean Bandit and, most recently, Mabel.

“Everyone knew she could write the big shiny pop hits like Black Magic by Little Mix,  but we decided to push further from the pop genre and the result is seeing all the sides Kamille has to offer,” Lisa Cullington Vice President, creative at BMG told Music Week. “She has the ability to diversify the artists she works with because of the versatility she brings to the table. That’s what makes her so incredible.”

According to Purcell’s publishers, BMG, she is currently writing with Sam Smith and Years & Years, and has confirmed singles with Mabel, Jax Jones, Stormzy, Marc E Bassy & Tory Lanez plus many more.

Here, in an unread extract of our cover feature interview, Purcell recalls the making of some of her most iconic hits…

“The timing of that song was perfect because of what the girls were going through with breakups and stuff. That had a big part to play in it because everyone knew it was real, when everyone knows it’s real they buy into it more. And at the time, everyone was doing super-cool minimal production and we did the opposite country pop hit which felt really funny at the time. I love that song, I’m so happy the girls had that moment.”

“Jess is an incredible artist and beloved by the public – I wanted to be a part of that and learn from her. We met, hit it off, and from there, I came to the camp she had on the last day when everyone was a bit tired and exhausted from writing so many songs for the album. I came on the last day like ‘Heeeeey!’ with my jazz hands. That song came really fast because we were both going through really bad breakups – so it was really real to us. When she and her A&R came in and heard the first bit they both started crying and that’s when I knew I’d done a good job! She’s incredible, I’m so glad we’re friends and really close, she’s been an amazing part of my life.”

“Can I just say, honest to God, we never thought it was going to be as big as it was. We wrote it so fast, maybe in an hour and a half. We tried a few ideas that day and Steve [Mac, Music Week’s crowned songwriter of 2018] is so incredible, he’ll get on a synth and play a million things that all sound like a hit and then you’re just singing on top of them. He’s a genius. Me and Mabel were humming and umming about a few things and then this was one came so quick, and sometimes that makes you think is it good or a fluke? We thought it was strong, but I didn’t think it would ever be an American crossover hit. That is blowing my mind. She sounds incredible on it, I think it was a mix of timing, what she was going through, her confidence.”

You can read the full interview with Purcell in the new edition of Music Week or subscribers can click here.