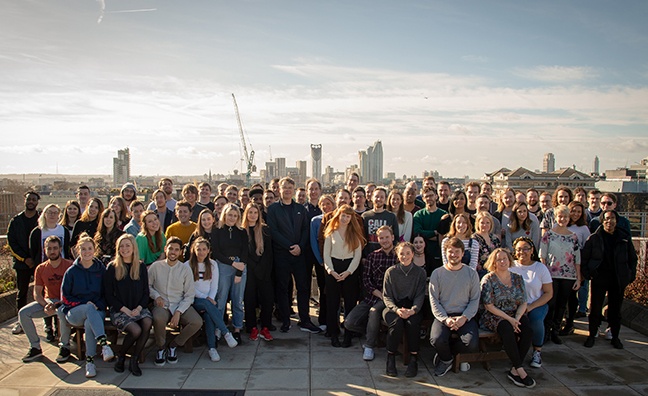 Kobalt founder Willard Ahdritz has told Music Week that his vision for a transformed music industry is becoming reality, as AWAL revealed a surge in the number of its acts receiving more than $100,000 annual streaming revenue.

AWAL, Kobalt’s recording arm, works with a range of artists including Little Simz, Lauv and Nick Cave, and has conducted new analysis of streaming income for its acts.

New figures reveal that the number of AWAL artists taking in more than $100,000 per year from streaming has grown by 40% year-on-year. AWAL revealed that hundreds of its acts have now reached this milestone, while several have built million-dollar catalogues.

Now, Ahdritz has told Music Week that his company is helping make the music business better for everyone involved. Together with AWAL CEO Lonny Olinick, Kobalt Music Group's founder and chairman sat down to discuss their impact on the industry. Read what they had to say during an eye-opening conversation below.

What does this news say about AWAL’s vision?

Willard Ahdritz: “From our first release in 2009, the vision has been to redefine. This is a very important point that verifies what we thought would happen in the market, but also with AWAL’s capacity to lift artists within a 12-month period to a position where they can have a good career as an entrepreneur and be an artist. The growth is very exciting. This whole middle tier is a very exciting thing for fans, for the music industry and for us as a company.

Lonny Olinick: “To be able to make a commercial living with unlimited potential in radio, live and all the other drivers using a model that is fair and provides the opportunity to own your masters and the majority of the revenue that comes through is something that has never existed in the history of recorded music.”

WA: “I used to joke, get rich and not die trying. Historically, 5% of major releases succeed. That’s a small probability. Here, we see that you can grow and continue to grow because the revenue streams are ongoing. If you reach this level, you can have a million dollar value, so that’s a big, fundamental change. The bigger artists in the streaming environment this year working with AWAL will reach $100m value with what they do and that is unbelievable. We see that by 2025, there are going to be 100,000 of those artists in the market. Having that live and vibrant music scene is amazing, if you think about where we were eight years ago.”

Does genre affect success at streaming?

LO: “Audiences don’t think in terms of genres, they think in terms of music that they like, so the opportunity is there for everyone. Nick Cave has done phenomenally well with us as a partner, so have Finneas, Lauv, Girl In Red or Little Simz, these are artists that span every area. I don’t think it’s about genre, the listener doesn’t even think of those terms anymore, they just listen to music that they like.”

WA: “I remember when we started working with Nick Cave, one of the goals was to start to satisfy fans in the streaming environment. I think his audience was 8% digital at the time. There’s a different way to work, how you put out your music, how often you do it, how you build stories in different ways… That’s part of what AWAL brings to the table, the experience of building stories and knowledge in all the different areas. There is not a manual here. The book is getting written while we talk, it’s about being fast, learning and moving. The good thing is, we can all enjoy music in the way we like. I like the way I enjoy music and some people like it through TikTok more. That’s a good thing.”

Do you really feel like you’re changing the music industry?

WA: “I think so. [Laughs] You think about the chicken and the egg. You have a service, but if you don’t get great things happening on the service then it wont work. It’s a combination, but it’s clear that big successful stories like Spotify or Apple Music, we could not have created [this without] that. There’s a change in consumer behavior, but it’s seeing the opportunity, using it and then finding new ones to be even more successful. It’s a partnership.”

LO: “We want to build a successful company, but we want to do right by artists and that’s the foundation of every decision we make. When you see the things we’ve done and how proactive we’ve been in redefining deal structures and talking about asset value and trying to explain to artists and writers why they should own their copyrights, I think without us doing that, the pace of change would be a lot slower. If you look back in history in publishing, that’s 100% true, and on the recorded music side, us being in the market has been a positive development in a material way for artists.”

WA: “I’ve always believed in win, win, win. We are delivering great music, more fans are coming in because there’s more on the shelves, so there is more music, more artists and you can increase the quality. It’s a positive cycle. People are getting new fans who are exploring back catalogues and new music; I’ve always said this will benefit everybody in the chain. One clear indication of the fact that I was right is the current valuations of the big majors, this has benefitted them very much, having legal services driving [revenue]. Five years ago, people were still very much against these services, so I’m happy.”