How Lauv and AWAL are changing the music industry 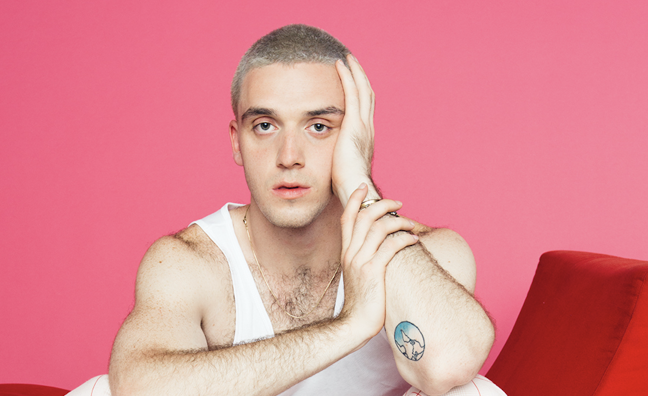 Lauv has told Music Week that he’s found the perfect match for his music in AWAL because his team is “in it for the long haul”.

Lauv, real name Ari Leff, debuted at No.9 with his debut album How I’m Feeling last week, and the artist and his team tell its story in the new edition of Music Week, out now. Leff said his story proves that "things are changing" in the music business.

Manager Steve Bursky, founder of Foundations Music, has been working with the former music student since 2017. “Among the things that drew me to Ari was his desire to consider an alternative model,” he told Music Week. “We met with all the majors and from the beginning there was a nugget inside Ari that said, ‘Let’s be bold and try to pave the way for the next generation of artists’. That was incredibly exciting.”

Nathan Liddle-Hulme has been running Lauv’s UK marketing for AWAL since the campaign launched with I Like Me Better, which has gone to amass 938,061,874 Spotify plays and 567,412 UK sales (OCC). The new album features guests including Anne-Marie and BTS.

“You hear the first three seconds of that song and it’s fresh, different,” said Liddle-Hulme. “It has connected with so many people over time, we worked it for 18 months before it hit its peak. We knew we could break a global pop star.”

Bursky highlighted the benefits of taking time to develop Lauv across the world. In the run up to How I’m Feeling, Lauv released tracks frequently, as the team worked them at different times in different territories. A support slot on Ed Sheeran’s South East Asian tour in 2017 helped swell the fanbase there.

“Rarely from a business side do you get to take three years to develop a project,” said Bursky. “The fact that Ari is as prolific as he is and there’s no fluff in the material has given us the confidence that there’s no rush. As long as he can stay happy, healthy and enthusiastic about what he’s doing, this will last the next 50 years.”

We’ll post more from team Lauv later in the week, for now, read an extract from our interview with Leff below. Subscribers can read the interview in full online and in the new issue of Music Week.

How were your label meetings before you signed with AWAL?

“I was meeting all these majors and they were saying, ‘The music is pretty good, stay in touch’. Then I had one song, one demo, they’d hear it and it was non-stop calls. I was like, ‘No, I want a partner that’s going to be there not because of one song, but the long haul, people I feel I can build trust with’. So much of the music industry is constant shifting. The head of this major label, two months later is the head of this one, you’re like, ‘What is that?’ It’s cool to not feel like that.”

I feel proud that people are connecting to the music

How have you developed as an artist so far?

“I look at some artists who have major hits that, on streaming,don’t hit certain numbers that somehow I’m hitting. It’s fucking crazy. It’s been perfect because I’m the type of person that has to see things for myself and experiment. The development process has been about me making decisions and seeing how things work and gaining confidence and never being moulded in any way. I feel like that kind of shit can sometimes happen on a major. It’s taken up until this album for me to work out how to be confident in what I want to say, if I had signed to a major early on I probably would not have blossomed, because I could have been intimidated into being one thing and not been able to trust myself and try things.”

What do think when you look at your streaming figures?

“They’re just fucking insane. I have songs that stream higher than [those by] artists that are probably considered bigger superstars. It’s a double edged sword, it's amazing because my music is connecting with people, but at the same time it's a kind of a mindfuck because to most people, they say, ‘Have you heard of Lauv?’ and they're like, ‘No!’. Then you mention I'm So Tired or Like Me Better and they say, ‘I love that song’. So there are two sides to it. I feel proud that people are connecting to the music, no matter how many people that is. I've done what I meant to do.”