Yola and Concord on her big breakthrough 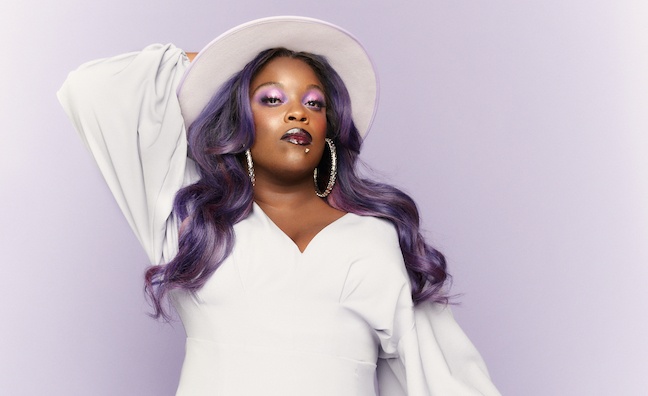 The singer from Bristol was recognised by the Recording Academy for her debut album Walk Through Fire (Nonesuch), which has UK sales of 8,306 (Official Charts Company).

While Walk Through Fire only made a dent in the Top 100, her follow-up Stand For Myself (Easy Eye Sound) is chasing a Top 30 finish this week. The record’s lead single Diamond Studded Shoes and follow-up Starlight both made it on to the BBC Radio 2 A-list.

In the latest issue of Music Week, Yola (real name Yolanda Quartey) and her team open up about the new record.

“I feel she’s finally being given the support she deserves,” said Fred Gillham, UK managing director of Concord. “The start of this campaign has been incredible. Every day I wake up and there’s another email from a person saying they’re on board. I’m thrilled that the message is getting out there and tastemakers in the UK industry are becoming aware of her and supporting her.”

Yola has fans across the music industry, including Elton John (“a superstar whose career is about to explode”).

Her latest label home, Easy Eye Sound, is part of Concord and run by Dan Auerbach of The Black Keys. He produced the record and teamed her up with the seasoned session musicians who are part of the label family.

“They are used to making records,” said Yola. “People like Bobby Wood, Gene Chrisman… They were in The Memphis Boys, Elvis’ actual band.”

“Four or five songs were written before I’d even met Dan,” she added. “Then when lockdown happened I had this opportunity to have real peace, the kind I haven’t had for 10 years.”

Yola’s plan to relocate to Nashville was actually accelerated by the pandemic.

“I had planned to move here,” she said. “But I also thought I could split my time between being based here in the States and Bristol when I’m in the UK. I’d come over to do my first headline tour and then… Coronavirus! So, I got stuck. I also had to do an album and my label isn’t just a label, it’s also a recording studio where everything is produced. I needed to be here. And now I’ve got my own place, I’ve got a life here.”

This week Yola performed via Moment House. The Starlight ticketed online event (which went global on August 4) featured a performance of the album taped in front of a live audience during this year’s Newport Folk-On event.

As well as appearing on The Late Show with Stephen Colbert, Yola performed live on the BBC Radio 2 Zoe Ball breakfast Show, including an exclusive cover of Beyonce’s Love On Top.

Stand For Myself, which adds disco and pop to her Americana repertoire, is set to open up a new audience for Yola, according to her label.

“The Americana world really embraced her,” said Fred Gillham. “They adopted and supported her. But here I think the opportunity is much greater, precisely because we don’t have these genre pockets that you have to sit within.”