On The Radar: Saweetie 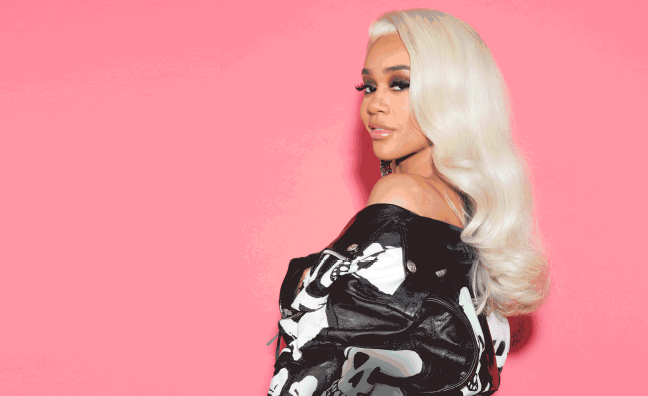 When it comes to music, Diamonté Harper knows her shit.

“Understanding the business is key. As an artist, I need to be involved in creative and financial decisions to secure my future,” says Harper, who makes bars as Saweetie, West Coast hip-hop’s most exciting new export.

Saweetie took her moniker from a nickname coined by her grandmother, and exploded last year with viral smash Icy Grl, which twisted the beat from Khia’s 2002 hit, My Neck, My Back. Now, she’s signed to Warner Bros.

Music Week drops in on Saweetie in Los Angeles, and finds an articulate, funny personality, ready to storm the music world and beyond.

“Icy Grl was buzzing heavily on YouTube, Spotify and Apple Music, so every major label showed interest,” she says, as if it’s no big deal. “Warner Bros was the best fit as I build the Saweetie & Icy brands. I’m happy to be with them and it has helped take my career to another level.”

It sure has: Icy Grl has more than 21 million plays on Spotify and almost 40m YouTube views. Saweetie followed it up with the nine-track High Maintenance EP in March.

“It was a labour of love based on my real experiences,” says Saweetie, who grew up in the Bay Area listening to rap and playing sport (she’s “great” at American football).

“Not only was it well-received by my supporters, but also received great reviews. I’m so excited to see where my music goes from here.”

Frankly, it feels as if it could go anywhere. Saweetie’s bombastic musical style is augmented by wit and understanding, and it’s a potent mix.

“I definitely want to put on [release] other musicians,” says the rapper, who already has Icy Records up and running.

“I graduated from the University Of Southern California with a communications degree with an emphasis in business and I put myself through school with my fashion line.

“Expanding beyond music with my Icy brand is the next logical step. I have collaborations with Sprayground, Honey Bum and Reebok coming soon.”

For the minute, music remains Saweetie’s most pressing concern, and she’ll follow an electric show at The Great Escape with more dates and a new single later this year.

“Hip-hop is in a great place right now, especially for females,” she says. “There are a lot of us now and I’m happy to be a part of the new wave.”

Unsurprisingly, Saweetie is already thinking about the legacy she’ll leave behind for the next generation.
“I would like more opportunities for females,” she says. “It’s difficult being a female pursuing a career in hip-hop.”

What, then, does it take to succeed?