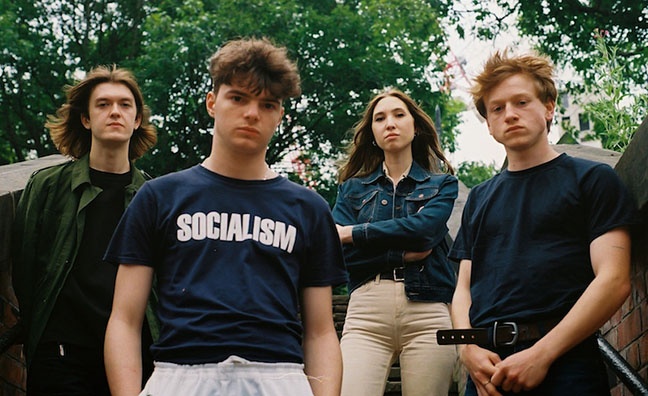 WHERE: The band grew up in various Northern towns and, now, their base is in Todmorden, West Yorkshire.

DOES THE NAME HAVE A STORY?
Only in that it nods to the unedifying struggle of trying to get into a bar underage. It suits the relatable grit that embodies the band’s sound, too.

WHAT ELSE IS GOING ON?
Well, Working Men’s Club have just signed to Heavenly, off the back of packed out gigs alongside a raft of acts including Fat White Family, Mac DeMarco and The Brian Jonestown Massacre.

AND WHAT’S NEXT?
They’ve just played Latitude and support Bodega next month. Then, there’s their first headline run in October. Don’t miss it.