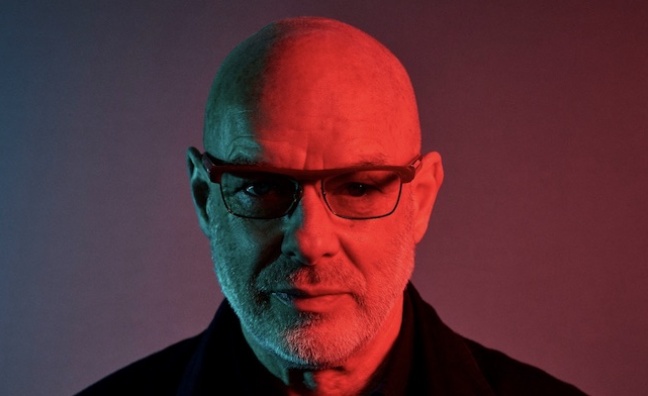 UK and USA based charity EarthPercent is celebrating Earth Day (April 22) by joining forces with leading artists, who will release previously unheard tracks via Bandcamp, with the aim of raising money for climate charities.

EarthPercent was launched in 2021 to provide ways for businesses and artists to donate to the most impactful organisations addressing the climate emergency. It was founded by Brian Eno and is supported by advisory boards comprising leading music industry executives and respected climate scientists.

Speaking about the special unheard tracks, Brian Eno (pictured) said: “EarthPercent's Earth Day campaign on Bandcamp brings artists together to offer exclusive tracks to their fans, to be sold on behalf of climate justice and environmental protection organisations. This is what unleashing the power of music in service of the planet looks like. Historically music has often been at the front of social change – think of Free Nelson Mandela and Rock Against Racism. Now we’re facing climate change, the biggest challenge in human history. It’s time for us to get out there again."

Eno continued: "We want Earth Day to become a day of real action for the planet, offering a way for any artist, from any genre, at any stage of their career, to make a meaningful contribution to addressing the climate emergency. Thanks to all the artists, their labels, and publishers, and to all the music fans who are making a difference through supporting this campaign.”

This week has seen charities and organisations hosting and participating in activities demonstrating the power of music to inspire climate action.