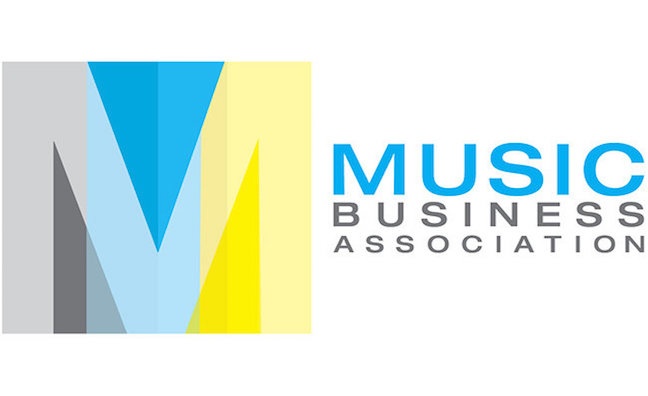 The Music Business Association, known as Music Biz and formerly known as NARM, will hold its annual convention May 15-18 in Nashville at the Renaissance Nashville Hotel.

The organisation regroups physical and digital music retailers, from small, independent stores to Pandora, one of the most recent new members.

The event usually gathers a strong contingent of British participants, many of which belonging to ERA. Here are five reasons why it's worth going to Nashville for Music Biz 2017.

Previously, Music Biz has been held in cities such as New Orleans or San Francisco, but in 2015, the organisation settled in Nashville for the first time. And the marriage went well, as it should have, since Nashville is, with New York and Los Angeles, one of the three main music hubs in the USA. James Donio, president of Music Business Association, said the move to Nashville “has attracted more artists, managers, publishers, students, and many other industry professionals” to the event. He added, “The most significant factors have been the sheer growth in registrants, the increased diversification of the profile of attendees, and a new sense of energy and excitement that could only happen in Music City. Our first year in Nashville in 2015 was our biggest convention in nearly a decade, and last year’s was even bigger than that, with more than 1,500 attendees.”

Donio added that the presence in Nashville has allowed to form “even stronger bonds with the fertile creative community in Nashville” and set up many partnerships with local trade groups such as the Nashville Songwriters Association International (NSAI), and the Country Music Association, which will be sponsoring the Awards Breakfast, featuring presentations to UMG Nashville’s Mike Dungan and Music Millennium’s Terry Currier and a performance by Music Biz 2016 Artist Of The Year Award winner Little Big Town.

Because of the nature of its membership, Music Biz tends to attract a knowledgeable crowd interested in debating the future of the music business. This usually leads to high level discussion with top executives. “This year is all about stretching out and providing essential programming for every segment of the music industry,” explained Nicole Hennessey, VP of communications for Music Biz. One of the most attended session this year will most certainly be the keynote discussion between Spotify's global head of creator services Troy Carter and Nate Rau, music business reporter of The Tennessean to discuss ways in which Spotify is supporting artists, delivering the best music experience to a global audience and contributing to the growth of the larger music industry ecosystem. Other keynoters include Atlantic Records’ Julie Greenwald (see below), CAA’s Jeff Krones and Hunter Williams, A2IM's Richard Burgess, Cracker Barrel’s Don Hoffman, and Universal Music Group’s Barak Moffitt.

But the event will also provide unique opportunities such as the full-day line-up of Digital Service Workshops, where executives from Amazon Music, Apple Music, Pandora, Soundcloud, Spotify, and YouTube/Google Play will all be on hand for what Hennessey called “a true industry first, in which attendees will learn how to leverage important tools and products from the companies themselves”. Other highlights include the Entertainment & Technology Law Conference, where experts will discuss music policies under the Trump administration, and the second annual Brand & Strategic Partnership Summit, which features brands including Cracker Barrel, Yeti Coolers. “Music Biz 2017 truly paints a diversified picture of the music industry that will be extremely valuable for artists, labels, managers, creators, and the industry at large,” said Hennessey.

A few years back, Bill Wilson, VP of digital strategy & business development for Music Biz, gathered a few people in a room to talk about data, not the most attractive of all topics. But it worked so well that the following year, he expanded the stream, to a point that there is now a full Metadata Summit at the convention, now in its fifth year, and attracting several hundred professionals. “It has transformed these potentially dry discussions into lively dialogue between actively interested parties at all strata of the business,” said Wilson of the Summit. “Metadata is the foundation of the entire digital music industry. How content is delivered, displayed, organised, found, and paid for is completely dependent upon interoperability of the data between label, publisher, collecting society, and service provider stakeholders. Although critical to the very fabric of the business, the sizzle factor remains low. The Metadata Summit has transformed these potentially dry discussion into lively dialog between actively interested parties.”

This year's Summit will will hear from the likes of Barak Moffitt, EVP of content strategy and operations at Universal Music Group, Jonathan Bender chief operating officer at SoundExchange, Mark Isherwood from the Secretariat of Digital Data Exchange (DDEX), Adam Parness, head of publisher licensing & relations at Pandora, Darryl Ballantyne, founder & CEO of LyricFind, Ryan Redington, director of Amazon Music, and Benji Rogers co-founder/CEO & co-founder of PledgeMusic/dotBlockchain Music, among others. “We’ll be raising the bar on the level of discussion and pushing into new areas where metadata will be a big concern, particularly the emerging area of voice search with Alexa, Google Home, and more,” said Wilson.

Among the recent new programme ideas that have been quite successful, Donio mentioned the “Music’s Leading Ladies Speak Out” event, which will return this year with Atlantic Records’ chairman and COO, Julie Greenwald, as the keynote speaker. Donio said the event was developed to empower the next generation of female executives in the music business and discuss ideas to overcome and eliminate inequality. The session will feature some of the music industry’s most influential female executives, such as Sarah Trahern, CEO of the Country Music Association (CMA), Jessica Sobhraj, CEO/president of Cosynd/Women In Music, and Tracy Gershon, manager at Red Light Management, as well as Grammy Award-winning superstar Kelly Clarkson.

Because it is Nashville, the proceedings tend to be very music-focused, with many musical events taking place during the convention or on the fringes (after all, the Renaissance is only a few blocks away from Broadway and its bars). This year, Music Biz has teamed with the Nashville Songwriters Association International (NSAI), which celebrates its 50th year, to host the NSAI Songwriters in the Round live performance event featuring country singer/songwriters Rhett Akins and Rivers Rutherford, who have written 34 chart-topping songs between them. The pair will play some of their biggest hits and explain the stories behind them.

Music Biz will also be presenting a Breakthrough Artist Award to Maren Morris, described by Donio as "one of Nashville’s most promising new talents" at the Awards Luncheon, during which several acts will be honoured, such as Adele (Artist Of The Year), Paula Abdul (Harry Chapin Memorial Humanitarian Award), and Lukas Graham (Breakthrough Artist Award).

The biggest draw is usually the famous Industry Jam (May 15) which features live music, special tributes, awards presentations, signed instrument raffles, giveaways, and more! Hosted by SiriusXM's Richard Blade the evening will include a rare reunion of the original Alice Cooper band with Dennis Dunaway, Michael Bruce, and Neal Smith; a tribute to Emerson, Lake & Palmer’s legacy with the last surviving band member Carl Palmer, a celebration of the Summer of Love’s 50th Anniversary featuring Felix Cavaliere of The Rascals, Cathy Richardson of Jefferson Starship, and Mark Stein of Vanilla Fudge, among other things, and will end with a live performance from house band The R.A.T.S. (Rock Against Terrorism), featuring a lineup of top musicians and industry executives.