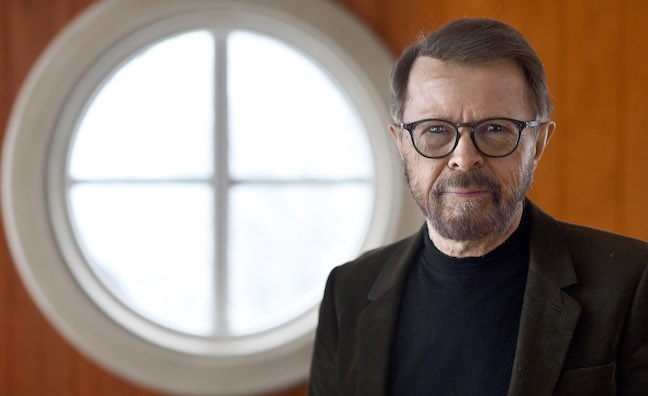 Björn From ABBA And Friends is available on the Apple Music Hits global radio station.

He is the latest artist to join the Apple Music radio line-up, which includes shows hosted by The Weeknd, Elton John, Shania Twain, Mark Hoppus, J Balvin, and many more. This new four-part series features conversations with friends, collaborators, and artists about all things ABBA.

The inaugural episode of Björn From ABBA And Friends features special guest Nile Rodgers, who shares stories and discuss songwriting secrets, ABBA’s enduring influence, and the keys to their success and undeniable catalogue.

"I’m excited to be bringing the show to Apple Music Hits because I have long wanted to ask some emotionally intelligent as well as intellectual people who know about ABBA about why they think our songs have lasted for such a long time - almost 40 years - because I don’t understand it myself,” said Björn Ulvaeus.

"Sometimes when I see the number of albums we’ve sold - which they say is around almost 400 million - I can intellectually grasp that, but emotionally I never have been able to because I don’t know why all this happened. I just know that we wrote our songs as best we could, and then recorded them as best as we could, and that was it. What happened afterwards was a phenomenon that I never quite understood. But maybe my guests here on this series will help me to understand it. Maybe they have some input that I’ve waited for for so long. I’ve talked to several people about this already of course, but no one has come up with a really good answer, so I think that is in essence what this series is about. It’s about finally getting some questions that I’ve had for a long time answered".

Björn From ABBA And Friends is on Apple Music Hits every day this week at 8pm GMT, or on demand with an Apple Music subscription.