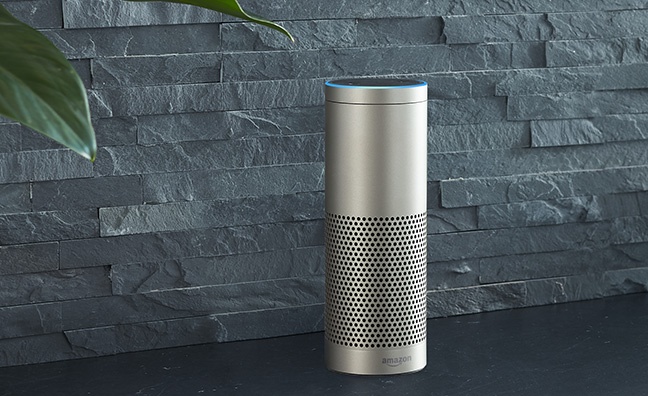 In a blog post that somehow manages to avoid any gloating, Amazon has announced that Apple Music will be available to use on Echo devices. (Updated: Apple Music has gone live on Amazon devices on April 4 in the UK.)

The move suggests that Apple Music can’t rely on its own HomePod device and Siri voice assistant to drive take-up and retain subscribers in the increasingly fierce streaming battle. The FT reported that Apple Music now has 56 million subscribers around the world, compared to 87m for Spotify. Apple Music is now No.1 in the US, though the Swedish rival is growing at a faster rate globally.

Apple Music, including Beats 1 radio, will launch on Echo devices in the US from December 17, and then roll out into other territories in 2019.

“Music is one of the most popular features on Alexa - since we launched Alexa four years ago, customers are listening to more music in their homes than ever before,” said Dave Limp, senior vice president, Amazon Devices. “We are committed to offering great music providers to our customers and since launching the Music Skill API to developers just last month, we’ve expanded the music selection on Alexa to include even more top tier services. We’re thrilled to bring Apple Music – one of the most popular music services in the US – to Echo customers this holiday.”

Apple Music has been available on Sonos speakers, though it is a surprise for the company to partner with rival Amazon. Apple recently agreed a deal to sell iPhones and iPads via Amazon's Marketplace.

Earlier this month, Amazon’s Echo Dot regained the No.1 position in the worldwide market for smart speaker shipments after being edged out by the Google Home Mini in Q2. But for Apple’s higher-priced HomePod, it’s been a struggle to compete against established products. The Canalys market report lumped the Apple device in with Rest Of Total Market.

The Alexa Skills API is open to developers, which has meant streaming platforms - including Deezer, Spotify and Tidal - have seen the opportunity to become available on the popular Amazon devices. While Amazon’s Alexa is an open source voice assistant, Apple has traditionally favoured a closed ecosystem for its own products. So the decision to allow Apple Music to become accessible via Amazon devices will have been taken reluctantly.

Amazon’s move to allow other platforms on its devices also creates competition for Amazon Music Unlimited, though Echo customers are encouraged to sign up to its own streaming service. Amazon Music has said that its music platform provides the most “frictionless” experience for Echo devices.