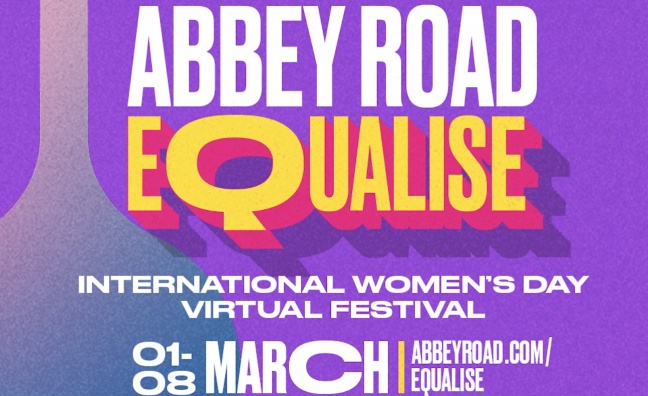 Comprsing talks, masterclasses and mentoring sessions, Abbey Road Equalise will run from March 1-8. Abbie McCarthy, Baby Queen, Georgia, Hamzaa and more are on the line-up for the event.

Abbey Road launched the Equalise project last year to promote awareness of music production among anyone who identifies as a woman. Less than 5% of music producers and engineers are women, and Abbey Road is seeking to address the imbalance.

Abbey Road Studios’ managing director, Isabel Garvey said: “2021 already feels like a brighter, more optimistic year, so it’s exciting to see so many of our friends coming together to inspire the next generation as part of our Abbey Road Equalise virtual festival for International Women’s Day. I’m thrilled that we’re able to extend the week beyond panel discussions and masterclasses, with one-to-one mentoring for those who want to understand the roles beyond music production and engineering, too. I’m looking forward to when we can bring everyone together in person to further this agenda.”

It’s exciting to come together to inspire the next generation

Georgia, Shura, Cosha and Hannah V will lead the Path To Production panel and Spitfire Audio composer, Homay Schmitz will lead the Music For Film Masterclass.