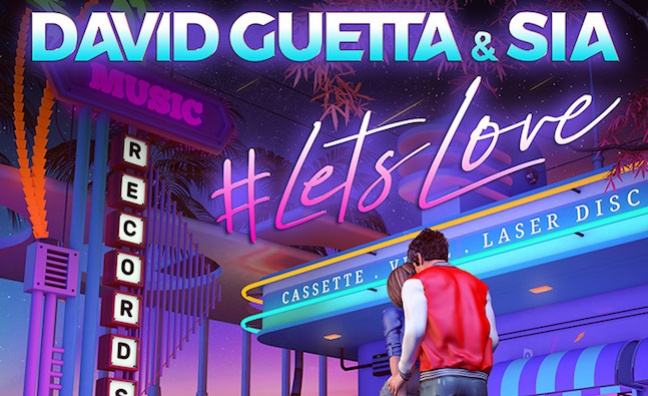 David Guetta and Sia have pre-released their new single Let’s Love for a five-day premiere exclusively on TikTok.

TikTok fans will be able to use the new David Guetta and Sia track before it is officially released on September 11 in their own video creations. A-15 second edit is live on the TikTok Sounds Page.

An official press release stated: “Guetta is encouraging fans to show the things they love with a unique hashtag challenge (#LetsLove) on the platform all week. Calling on fans around the world to share their stories of positivity, love and happiness, David has filmed his own messages that encourage users to participate.”

Talking about the release with TikTok David Guetta said: "I'm so happy and excited to be working with Sia again and to share this sneak preview for our fans on TikTok. I can't wait to see your own creations to our music. Enjoy the vibe and Let's Love together."

Thomas Cerha from TikTok said: “We're delighted that David and Sia have chosen TikTok to share their new single with fans. We can't wait to hear the track and see how our community embrace the music, sharing their own Let's Love stories and creations with David."

In the new issue of Music Week we welcome video sharing app and full-blown cultural phenomenon TikTok to the cover.

Inside, music bosses Ole Obermann and Paul Hourican explain how the app – which is nominated for Music Consumer Innovation at this year’s Music Week Awards – has found itself at the epicentre of both pop culture and the music business and explain what's next. Plus artists, execs and influencers, including the UK's No.1 TikToker Holly H, reveal the key to going viral.