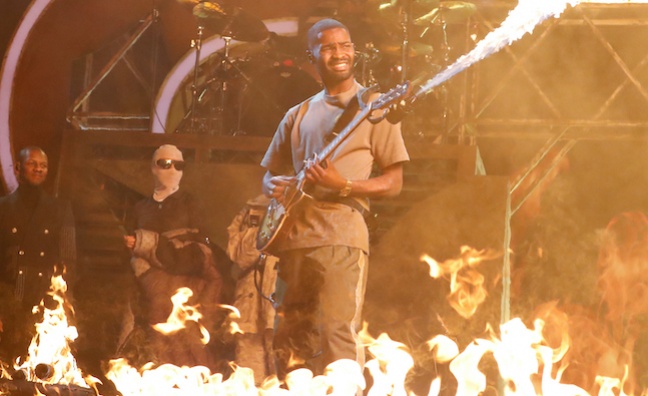 The BRIT Awards has revealed the full impact of their digital campaign for the 2022 show, which was staged at the O2 Arena last week and aired on ITV in the UK.

YouTube Shorts was the Official Digital Music Partner. The #BRITsUnseen YouTube campaign featured exclusive content with 2022 nominees, collaborations with creators, and a YouTube Shorts red carpet moment on the night. YouTube also hosted the livestream of the BRITs for non-UK viewers for the ninth year.

The #BRITsUnseen campaign saw over 130 artists and creators upload content to YouTube, with 11 million total views in the week following the BRITs. Amelia Dimoldenberg’s red carpet content was the highest performing YouTube video of all the creators with over 500,000 views to date.

Cumulatively, there were over 27 million views across BRITs channel uploads, performances, and #BRITsUnseen.

Ahead of the show, a BRITs Red Carpet Live Stream was hosted on YouTube, Facebook, Twitter and TikTok, which saw presenters Munya Chawawa and Nella Rose interviewing nominees, performers and guest presenters. It resulted in one million views, an increase of 25% compared to 2021.

On TikTok, the BRITs saw a 42% year-on-year increase in content views, with over 16 million views of event day content on the platform. Content published with the #BRITsTok hashtag has had over 332 million total views to date. The BRITs this year partnered with TikTok to power the public vote for the four new genre categories, which saw millions of votes cast in the two-week voting period.

The 2022 show saw the launch of the limited BRITs NFTs in partnership with eco-friendly NFT platform Serenade. Priced at £10, 250 editions for each category were made available and within 24 hours of going on sale over 1,500 had been sold, with complete sell-outs for the NFTs for Artist of the Year, Mastercard Album of the Year and Hip Hop/Grime/Rap Act.

Marking another new partnership for the BRITs in 2022, the event saw the first ever awards show VIP Party launched on Roblox. The virtual concert experience with PinkPantheress in avatar form drew 1.6million visitors to the BRITs world since launching the night before the ceremony.

Based on the four days post-show and with further increases likely, audio streams across tracks performed on the night compared to the four days leading up to the show increased by 55% with 3.3 million additional streams. The highest uplifts were for Ed Sheeran’s The Joker And The Queen (+699%), Little Simz’s Introvert (+275%) and Woman (+224%) and Dave’s In The Fire (+168%).

Giuseppe De Cristofano, BPI director of digital, said: “I am delighted with the results from this year’s social campaign. We continue to strive to bring fans closer to the BRITs and the artists they love, we continue to see remarkable growth in engagement across all of our social output including all of live content. Our multi-platform Red Carpet strategy continues to pay off with more viewers than ever before.

“New initiatives like our NFT partnership with Serenade designed by the incredible MRE, along with the first ever BRITs VIP Party on Roblox featuring PinkPantheress, allow us to reach new audiences around the globe, reinforcing the global appeal of the BRITs and British music. I’d like to thank my BRITs Digital Committee co-chair Luke Ferrar for all of his work in leading and shaping this year’s campaign, along with the team at Somethin’ Else Creative Studios for executing it so well.”

Luke Ferrar, director of innovation, Polydor Records, said: “Our ambition for the BRITs digital campaign this year was to reach new frontiers and to create unique and innovative opportunities for the show and its audience. The BRITs continues to grow and expand its reach even further than before, and I am delighted to see such great results from these new partnerships. We have been such a brilliant team who have driven such a successful campaign. Incredibly proud to be involved.”