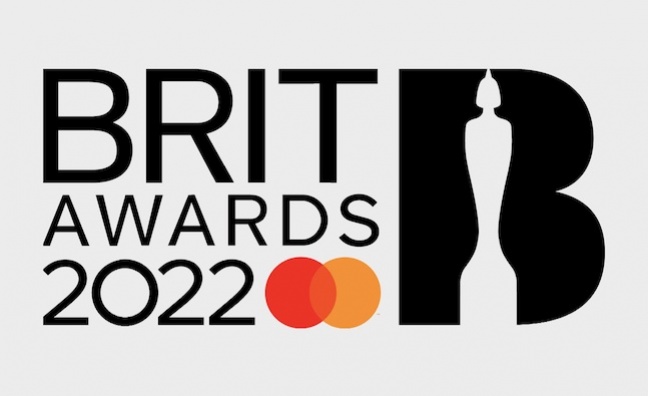 The BRIT Awards 2022 has revealed its social and digital plans to build relationships with a new generation of fans.

The ceremony takes place tomorrow (February 8) at The O2 arena and live on ITV and the ITV Hub, as well as YouTube for global audiences. Showrunner Tom March set the scene for the BRITs in our exclusive digital cover.

The digital strategy for this year’s show has seen voting in genre categories opened to TikTok fans, as well as the show’s first ever NFT collection.

Multi-platform livestreaming includes this year’s Red Carpet coverage hosted by Munya Chawawa and Nella Rose. The 60-minute show will be broadcast on YouTube, TikTok, Facebook and Twitter from 6pm.

International fans will then follow the show on the BRITs YouTube channel in a stream presented by AJ Odudu, along with Reece Parkinson. This is the ninth year YouTube has delivered the event to fans outside of the UK. Performances and highlights from the night will be going up on The BRITs' YouTube channel as soon as the main show comes to a close.

Powered by TikTok, music fans cast their votes over a two-week period to determine the winners of Alternative/Rock Act, Dance Act, Hip Hop/Grime/Rap Act and Pop/R&B Act, all of which will be announced in tomorrow night’s ceremony. It is the first time TikTok has powered voting for a UK Awards show.

Alongside the vote, the platform has launched a dedicated #BRITsTok hashtag, which has received over 175million views in the voting period.

Another milestone for the show is its launch of limited BRITs NFTs, celebrating the winners of each category, designed by digital artist MRE. Priced at £10 and purchased at brits.serenade.co, all proceeds go to The BRIT Trust. There are 250 editions for each category and they go on sale at 9am Wednesday, February 9.

The BRITs 2022 has collaborated with fashion brand Depop,  who will be celebrating this year’s Awards across their social channels by throwing back to iconic BRITs looks. There will also be prominent features in-app, including curated lists by BRITs nominees Joy Crookes and Holly Humberstone, winner of this year’s Rising Star award.

Inside the arena, the BRITs social team from Somethin’ Else Creative Studio will be sharing content in real-time to all social platforms and collaborating with GIPHY.

YouTube Shorts is the official digital music partner.  #BRITsUnseen, YouTube’s campaign with the BRITs, has been taking fans on a journey to the BRITs through exclusive content with 2022 nominees including Griff, Ghetts, Holly Humberstone, along with collaborations with YouTube creators, a bespoke YouTube Shorts red carpet moment, and promotion across YouTube and socials.

YouTube is working with artists and creators to capture content en-route to the awards, on the red carpet, backstage and the day after, creating a body of Shorts and video content for socials.

Fans will also be able to watch exclusive behind-the-scenes footage on the night on YouTube Shorts, as well as listening to their artists' playlists on YouTube Music. YouTube Shorts sponsors the 2022 Artist of the Year award.

Luke Ferrar said: “When planning the BRITs 2022 digital campaign we wanted to rethink how and where the new generation consume the show and its content. From global partner plans with YouTube, brand new voting technology with Tik Tok, our first NFTs with MREGFX and a whole host of other new partnerships I feel we have placed the BRITs on the cutting edge of award ceremonies. Proud to have the BRITs that I’ve watched for so many years enter so many new spaces in such an interesting way.”

Giuseppe De Cristofano said: “Every campaign, we strive to take the BRITs to younger audiences in new and innovative ways to help us future-proof the show for years to come. I particularly want to thank Luke in his role as co-chair of the Digital Committee for his passion and vision, and to Tom, Darren, Lucy, and the whole team at Somethin’ Else Creative Studio who have worked tirelessly to deliver this year’s campaign. We are all really excited to build on the success of the 2021 campaign, and we can’t wait to deliver the BRITs to an even wider global audience!”

Dan Chalmers, head of music, EMEA, YouTube, said: “We're thrilled to be taking the BRITs to a global audience of millions through the livestream once again, and to be giving people the chance to experience the show in a way never before seen through #BRITsUnseen. From the lead up to the red carpet to the morning after, #BRITsUnseen will be capturing all the best moments as they happen.”

Darren Struwig, executive producer at Somethin’ Else Creative Studio, added: "Following an incredible digital campaign for the BRITs in 2021, it’s been brilliant to build on the success by expanding the BRITs online community into new spaces. The BRITs has always celebrated the relationship between artists and their fans and Somethin’ Else Creative Studio are proud to have worked so closely with Giuseppe and Luke on ensuring the BRITs 2022 is no different. We cannot wait to deliver engaging, exciting and extensive coverage of this year’s award show to a truly global audience."