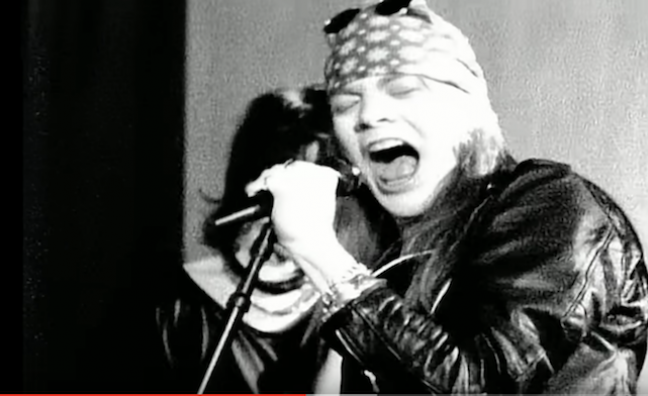 YouTube has confirmed that Guns ‘N Roses’ No. 1 single  Sweet Child O’ Mine is now officially the first music video from the ‘80s to enter the platform’s Billion Views Club.

To mark the milestone YouTube have released some stats on Guns N' Roses' performance on the platform. The group have more than 6.7 million YouTube and were one of the top 200 most viewed artists of 2019 globally on YouTube. Daily views of Guns N’ Roses have averaged 3.1M in 2019, moreover they have already earned over 895M views in 2019, earning massive numbers in countries like the United States (163M), Brazil (117M), Mexico (112M), Argentina (48M), and Colombia (37M).

The official music video for Sweet Child O’ Mine has seen an average of 590K daily views in 2019.