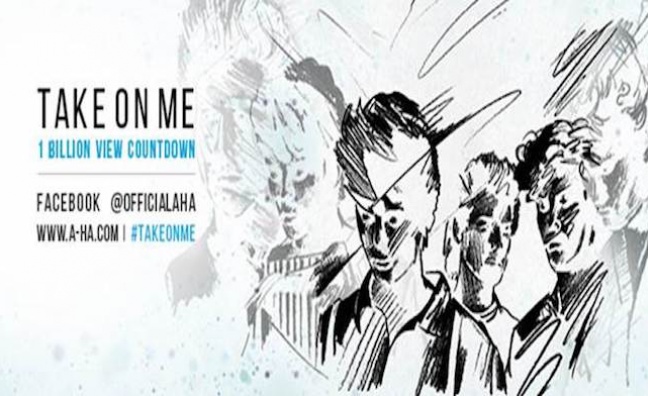 As A-Ha’s iconic video for Take On Me approaches one billion views on YouTube, the group’s team have come up with a compelling campaign to help it reach the milestone.

Today (June 21) the group have announced a contest via their official website that lets fans predict the exact date and time of when the video will reach the target number. Currently, the official music video for Take On Me – which featured a groundbreaking mix of pencil-sketch animation and live action – has more than 904 million views on YouTube.

One winner and their guest will be flown to Norway – A-Ha’s home country – where they’ll meet the band and watch them perform live on February 7.

Take On Me originally topped the charts in 36 different countries on its way to becoming one of the best-selling singles of all time. According to Official Charts Company data, it has sold 919,304 copies since 1994. It has been streamed 486,920,028 times on Spotify alone.

Only a relatively small amount of 20th century songs have reached the billion views milestone so far, including November Rain by Guns N’ Roses, Smells Like Teen Spirit by Nirvana, and Bohemian Rhapsody by Queen. Take On Me is currently the second most-viewed clip from the ‘80s on YouTube.