How livestreaming is taking its chance to shine 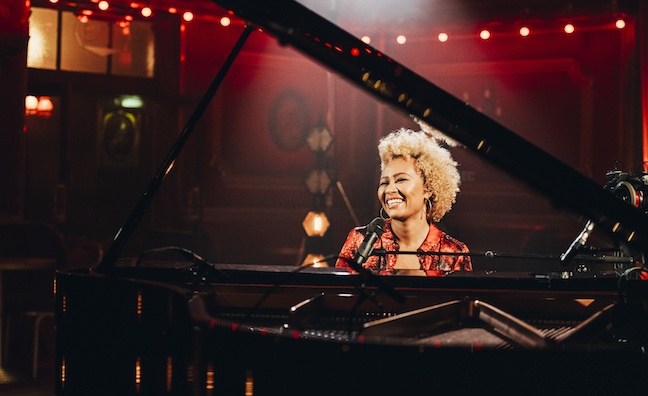 The latest issue of Music Week takes an in-depth look at the livestreaming boom, as artists search for alternative ways to reach fans during the Covid-19 pandemic.

With much of the world in lockdown, demand for the format has rocketed to record levels. Saturday’s One World: Together At Home event has received 24 million views on YouTube to date, while the previous weekend's Music For Hope concert by Andrea Bocelli has reached more than 38m so far.

“Artists have always used YouTube livestreams to connect with their fans in innovative ways,” Roz Mansfield, YouTube UK’s artist partnerships manager, told Music Week. “And given the current context around Covid-19, we’ve seen an influx of livestreams during this period."

Livestreaming companies have reported huge upturns in interest over the past month, and Mike Olson, MD of Amazon-owned livestreaming site Twitch, said monetisation opportunities are plentiful.

“We’ve seen many new artists discover different ways to connect with fans and make money,” he said. “This is arguably more important now than ever as Twitch is helping thousands of independent artists get paid in a time when they are unable to perform live.

“We recently announced partnerships with SoundCloud and Bandsintown to give independent artists an opportunity to establish affiliate status on Twitch and begin recouping revenue lost on live performances – which accounts for 80% of most musicians’ revenue.

"Additionally, we have a number of scaled monetisation tools for artists, including paid subscriptions, bits to allow viewers to cheer on artists and ads where we share the revenue with the artist.”

MelodyVR, whose customers don headsets to watch gigs in virtual reality, has worked with more than 600 artists including Liam Payne, Emeli Sandé, Frank Carter and The Streets.

At Hollywood-headquartered Stageit, musicians set their own ticket price for shows and perform via a webcam.

“It’s another revenue channel for artists,” said Nick Cox, production and artist relations manager. “We also have a tipping feature. We encourage artists to interact in the chatroom and make it a very intimate, special experience that you wouldn’t find anywhere else. This is a unique space for them.”

American musician White Buffalo, meanwhile, recently partnered with Cadenza.tv on a premium one-night-only concert with a $10 ‘admission’ price, which enticed fans from 68 countries.

“We approached it as if it was an actual gig, so we had a number in mind that we wanted to hit in terms of tickets sold and we bested that by over 1,000, so overall were very pleased," said the singer’s manager Jeff Varner of Revelation Management.