Mercury revs up: Can Spotify deliver a shortlist streaming boost? 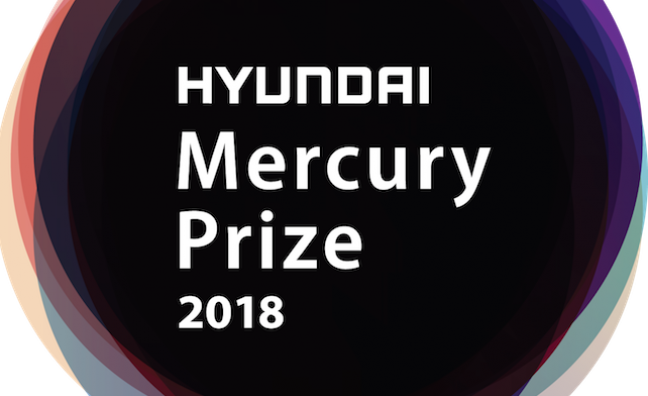 Apple Music was on board last year but the 2018 edition of the Hyundai Mercury Prize has found a new digital partner. Streaming rival Spotify has signed up ahead of the unveiling of the Mercury shortlist on Thursday (July 26).

In the latest issue of Music Week, ERA’s Megan Page says National Album Day will complement the Mercury Prize. With the support of streaming platforms for the industry initiative on October 13, just a few weeks after the Mercury ceremony, the industry will be getting an autumnal boost for Q4.

With fewer album exclusives on offer in the last few years, streaming platforms have naturally become more focused on individual tracks, which perhaps hasn't helped in breaking debut album artists. But, in recent months, both Drake’s Scorpion and Post Malone’s Beerbongs & Bentleys delivered the numbers as complete bodies of work for the major services. While none of the Mercury contenders will quite have Drake’s profile, the industry will be hoping that Spotify’s partnership will help the standout shortlisted acts benefit further from a nominations boost.

Spotify will be promoting the Hyundai Mercury Prize from the shortlist announcement through to the televised ceremony on September 20 at the Eventim Apollo. Playlists featuring the nominated albums should help drive discovery of the dozen artists, alongside traditional physical retail promotion. But it does raise the question of whether Apple will support the prize on its iTunes download store – a declining format but still potentially valuable in sales terms.

We’re looking forward to an eclectic and diverse shortlist

Last year’s winner Sampha (Young Turks/XL) peaked at No.7 with debut album Process following the victory. While its 49,469 sales to date (Official Charts Company) are lower than many former winners, the streaming proportion (50.2%) of that total will give the industry some hope that a successful Spotify partnership can translate into users listening to nominated albums in full.

The shortlist will be unveiled at a live launch hosted by BBC Music’s Huw Stephens, while Lauren Laverne will announce the dozen nominees on her BBC Radio 6 Music show at 11am.

David Wilkinson, Mercury Prize chairman/executive producer, said: “There were over 200 albums entered for the 2018 Hyundai Mercury Prize. After months of listening to the albums the judges then get together to decide on the 12 ‘Albums of the Year’. It’s been another exciting year for UK music – so it’s going to be a tough decision for them choosing the 12 albums. After last year’s successful event we’re looking forward to an equally eclectic and diverse shortlist being announced on 26 July.”

The awards show will feature live performances by many of the 12 shortlisted artists – last year all but Ed Sheeran performed on the night. The prize’s broadcast partner, BBC Music, will provide live TV and radio coverage on BBC Four and BBC Radio 6 Music.