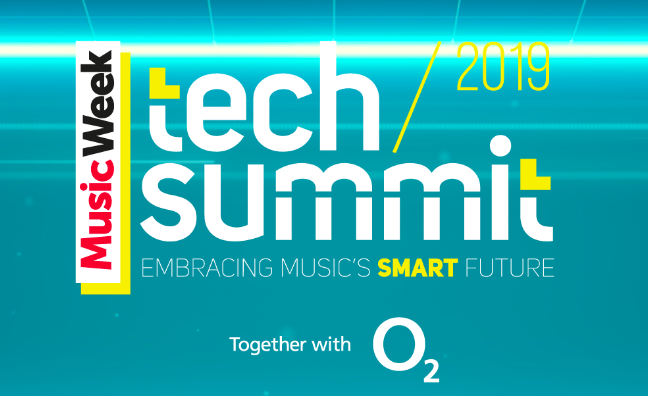 In a rapid-fire, fun-filled and fact-packed keynote entitled Market Drivers and Opportunities in the New Music Tech Landscape, Pope gave a history lesson based on his 20 years in the biz and an optimistic overview of where it’s heading.

Apologising for the “big pictures and horrendous cheesy comments,” he hammered home his message about how streaming growth (“rocket fuel” in his words) has transformed the music industry.

“Streaming goes big, the floodgates open,” said Pope of developments in recent years. “We’ve gone from junk status [as an industry] to boom.”

In his keynote, Pope suggested that technological innovation has never been more important for the biz.

“The synergy between tech and music is as pronounced as it’s ever been,” he said.

“Machine learning, we’ve barely touched the surface,” said Pope. “Speakers and voice are a huge drivers of the additional layer of data coming into us as an industry."

The falling cost and ubiquity of devices are also a crucial factor – ‘Chips with everything’ was a recent headline in The Economist that Pope incorporated into his presentation.

“The Studio from Amazon is putting HD into everyone’s home at an aggressive price point,” said Pope.

Then there are the areas with apparently untapped potential. “The in-car experience as far as the paid music experience goes is relatively under-developed,” he said. “We’ve got a long way to go with that.”

The roll-out of 5G will also enhance the “always on-demand availability of music”.

“The speed of 5G is a quantum change to how processing is going to be done on devices,” he said.

While VR is “not there yet as a mass-market product”, Pope highlighted the “mind-blowing” opportunities for music. TikTok videos and creativity is becoming “more sophisticated”, he added.

The counter-intuitive element of this bold new future is the role of catalogue – or “established repertoire” as Pope re-named it.

“Catalogue comes with a legacy, it comes with history,” he said. “But loads of people are discovering music regardless of the idea of a release date. There’s a huge opportunity for us to bring out, nurture and develop more evergreen repertoire and present it a little more like frontline releases.”

But there was a warning on streaming subscription prices and the discounts and offers that DSPs used to drive uptake. Pope even compared it to those familiar supermarket discounts.

“We’ve got to be careful that the price of a music streaming subscription doesn’t become like Prosecco,” he said.