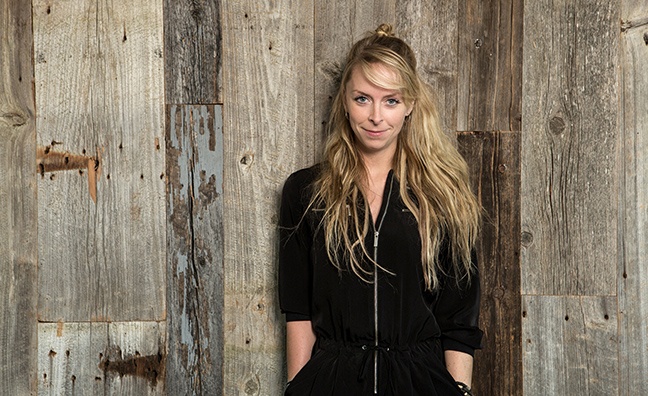 Emmy Lovell has been appointed as chief strategy officer of the Napster Group.

The newly-created role follows the acquisition of Napster by MelodyVR and subsequent formation of the Napster Group.

Emmy Lovell will report to CEO and founder Anthony Matchett, with a brief to drive the strategic direction and growth of the company. She joins ahead of the launch later this year of the new Napster platform, which will become the first ever music entertainment platform to combine immersive visual content and music streaming.

A seasoned music industry executive and leader, Lovell has held a variety of senior digital roles prior to joining Napster Group, most recently as EVP of WEA Europe, part of the global artist and label services arm of Warner Music Group (WMG). Across her career she has developed digital promotions for artists including Kylie Minogue and The Chemical Brothers, as well as leading on campaigns for the major artists including Gorillaz, Deadmau5, Danger Mouse and Tinie Tempah.

Emmy Lovell said: “Innovation and disruption have always been at the core of the Napster offering and as we work towards the relaunch that spirit is more important than ever. Today, we work in a fast-paced and rapidly changing world which requires delivering more for artists and fans. I’m excited to do just that working alongside Anthony and the rest of the team.”

Anthony Matchett, CEO and founder of Napster Group, said: “Emmy’s wealth of industry experience is going to be a real asset to Napster. She truly values the importance of musicians and their craft and is a champion for artist rights and compensation. We’re thrilled to welcome Emmy to the team and I look forward to us working closely together as we relaunch the Napster brand.”