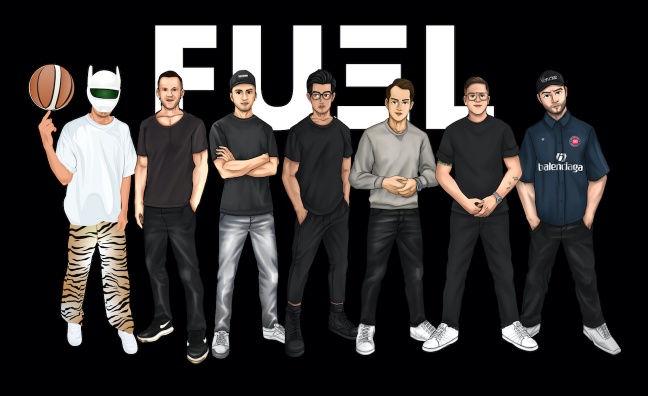 The news follows FUEL’s €1.5 million pre-seed financing round in March 2022 to develop its platform, which enables musicians and creators to build their own custom-branded NFT shop for their collection. FUEL describes itself as “Shopify for NFTs”.

With the new investors, FUEL has secured further funds as well as access to music and entertainment.

Two Sides, founded in 2017, is run by Lucas Teuchner alongside rapper Bausa. Artists on the roster include Apache207, Loredana, Zuna, Azet and Miksu/Macloud.

Well-known investors already involved include Gumtree co-founder Michael Pennington, Indeed founder Paul Forster, and Bitstamp CTO David Osojnik, as well as the US and English venture capital funds Fintech Collective (a shareholder of OpenSea), Seedcamp (which invests in Sorare and Revolut) and Notion Capital with its pre-seed vehicle Pioneers.

FUEL co-founders Csongor Barabasi and Thanh Binh Tran said: "NFTs are revolutionising the music, arts and entertainment industries, delivering real added value and strengthening the connection between artists and their fans. In the music industry, for example, this could be presale rights for concert tickets or backstage access.”

FUEL co-founders Stefan Tietze and Patrice Deckert added: “We are truly excited to have these German rap superstars on board. No one embodies the modern music industry like CRO, Lucas and Bausa, who not only take FUEL to a new level as musicians themselves, but also with their network of artists.”

Rapper CRO said: "I've been looking at the NFT sector for a while and I'm convinced of its potential, not only for the music industry, but also for all other areas of the creator economy. With FUEL, I have now found not only a team but also a model that has excited me so much that I also want to be on board as an investor.”

Label boss Bausa added: "It is important that the music industry evolves. With NFTs and FUEL's model, we have the chance to make that happen."

The platform enables creators to build, manage and operate their own NFT store without any prior technical knowledge. Creators retain full control over presentation and operate independently of platforms such as OpenSea.