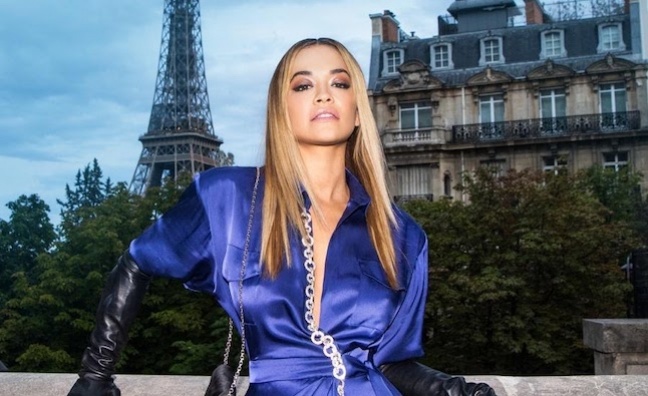 Rita Ora and Melrose Media have announced an exclusive night of live music, dance and iconic fashion at The Eiffel Tower.

In the first of a new music series, Iconic People In Iconic Places, Rita Ora Live From The Eiffel Tower will take place on Thursday, September 30 in conjunction with Paris Fashion Week.

Tickets will be available from August 27 via ritaora.live or Ticketmaster. The event will be broadcast on the new blockchain platform Eluvio Live, sponsored by Mude Drinks and Lancome.

Performed in front of an audience at the top of the tower, it marks the return to live music for Rita Ora. As a finale to Paris Fashion week, the show will also feature custom looks designed exclusively for Rita Ora from premiere fashion brands Fendi, Miu Miu, Lanvin and Alexandre Vauthier. Her make-up will be created in partnership with French luxury beauty brand Lancome.

Rita Ora said: “This is going to be such a memorable performance and a real pinch me moment for me. Performing at such a legendary venue is an honour, and to be wearing custom looks from Fendi, Miu Miu, Lanvin, and Alexandre Vauthier  is simply a dream. I can’t wait to bring the energy of Paris to all my fans around the world, it really will be a night to remember.”

Rita Ora Live From The Eiffel Tower will feature global hits Anywhere, Lonely Together and Let You Love Me, alongside tracks from her recent EP Bang. It will be broadcast globally from the open air venue on September 30.

The concert will be streamed in 4K HDR, available on all platforms including Apple TV and Roku. A longer film version including behind-the-scenes for TV and platforms in 4K HDR Dolby Vision, sound mixed in Dolby Atmos will also be available in Q4.

Manuel Molina from Melrose Media said: “We are so excited to be working with Rita and to be part of this unique and new entertainment concept taking place at the magical and symbolic monument of Paris...the Eiffel Tower. We can’t think of a better way to kick-off this exciting new music series.”

Amos Rozenberg from Melrose Media added: “We wanted to launch a new form of entertainment. A live star concert filmed in an iconic venue, broadcasted during Fashion Week. A mix between a pay-per-view, a SVOD and VOD show, a TV sponsored concert with a strong fan engagement."

The collaboration of music and fashion will be hosted by Melrose Media, produced by Paramax Films and Swisskiss in association with 24/7 and directed by Beki Mari. The creative advertising and communication of the show will be provided by Interruption.

10% of all proceeds from Rita Ora’s performance will go towards Soccer Aid for UNICEF.