Dolby Atmos: How the immersive sound technology is revolutionising music for artists and fans 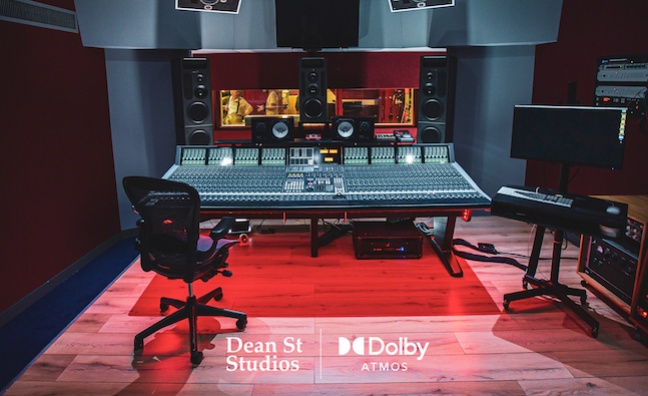 Dolby Atmos is taking audio streaming to the next level.

The immersive audio format from Dolby Laboratories is becoming more widely adopted across the industry, including smart speakers, streaming platforms, smartphones and even cars with the recent announcement of Atmos’ integration into the Lucid Air sedan’s new 21-speaker Surreal Sound system.

The virtual panel looked at how the immersive sound technology is the new revolution for artists and listeners. Here, Music Week goes deeper into the Atmos experience and gets key insights from the experts as they guide us through the audio technology and its crucial role in music’s commercial and creative future…

“It’s a whole new way for artists and mixers to create and produce music,” explained Dolby’s Jane Gillard. “The creativity it brings is absolutely limitless. The experience is amazing. It enables artists and fans to connect with music in a completely different way. You hear more detail, it feels more emotional. In my experience, nobody leaves a studio without thinking, ‘Wow’.”

Steven Wilson is an artist, producer and mixer at the forefront of the Atmos revolution, including projects for other acts and his own Top 5 album Reality Bites. And it’s an audio format that’s perfect for his chosen genre.

“Musically, the albums that have always sounded the most impressive to me in immersive audio have been albums that have a sense of journey about them,” said Wilson. “So I’ve always been immersed in this world of classic rock and progressive rock and conceptual rock, and to me that music is perfect for Atmos and it’s perfect for Surround because it has what I call sound design elements to it.

“If you think of an album like Dark Side Of The Moon, for example, all of the sound effects that are going on in that album are perfect for a surround mix. So I’ve found that those albums that are almost designed like a continuum, something you want to listen to from beginning to end and completely lose yourself in, are perfect for this format. I’ve been very fortunate to work on a lot of those records and, of course, make that kind of music myself.”

UMG’s Caroline Hilton outlined the opportunities for the music industry in releasing classic catalogue and new releases in Atmos.

“It’s actually been really exciting,” she said. “It gives us an opportunity to see what we’ve got and what we can work with, from Giles Martin working with The Beatles’ Atmos releases, to some work that we’ve been doing with Pavarotti. It’s going through that lovely process of working through the tapes and digitizing it, and seeing what we can do to give the fan that different experience of listening to it.”

“And then you can move on to the new releases,” added Hilton. “There’s so much you can do. Of course, its generally been made in a digital space, which makes it much more easily accessible for us to work with. In those cases, because it’s new and it’s recent, we can work directly with the artists and with those mixers that worked on them originally to give it this breadth and other lease of life.”

Jane Gillard added: “We’ve been working on Atmos for over a decade now as a company. Atmos Music launched on Amazon Music and Tidal about 18 months ago. UMG were one of our first partners, closely followed by Warner, and now thousands of tracks have been produced in Atmos from a real mix of genres and artists, including Elton John, Dua Lipa, J Balvin, Lady Gaga, Coldplay, Gregory Porter, John Lennon and Rod Stewart. There’s a huge amount of activity.”

“It’s hard to describe the reaction with Atmos,” said Stan Kybert. “But I do believe when you deliver a good Atmos Music mix, there is a deeper connection to the music. Whatever that emotion or energy is within the music, for me as a mixer it’s a bit easier to convey. I’ve got a wider, bigger palette to deliver that.

“The reaction is really, really good. We have multiple rooms here at the facility and we have passers-by, so we’ve had some doubters come in and be like, ‘We’ve seen this before, haven’t we?’. But their reaction is usually the most gratifying when they're going, ‘Wow, I didn’t know it could do that.’”

Jane Gillard said that the chance for the Dolby team to work with Steven Wilson on his latest album had been a “great showcase of what you can do creatively with this format”.

In the state-of-the-art Studio 1 at Dean St., Kybert has been busy exploring the enormous potential of Atmos.

“If I want to create an intimate moment with a voice and a guitar, I can pull those apart and bring the voice forward,” he explained. “It’s not just about making things bigger. It’s easier to do, don’t get me wrong – I have more height and width to play with. But also, if I want something to be closer and more delicate, it’s easier to achieve in Atmos.”

When you deliver a good Atmos Music mix, there is a deeper connection to the music

Wilson had his own studio designed for Atmos after he was “blown away” by hearing The Beatles’ Abbey Road in the new format. As an immersive audio mixer, he admits it took time to adapt to the possibilities.

“I was putting all sorts of things in the back speakers, like backing vocals,” he said. “I was being a bit gimmicky in the beginning. I’ve calmed that down and reined that in, I’ve understood the things that work and the things that stand up to repeated listening, rather than the things that just dazzle you but you don’t want to listen to again. So I’ve kind of learnt by my mistakes in that way and I’m doing the same with Atmos, experimenting a lot.” 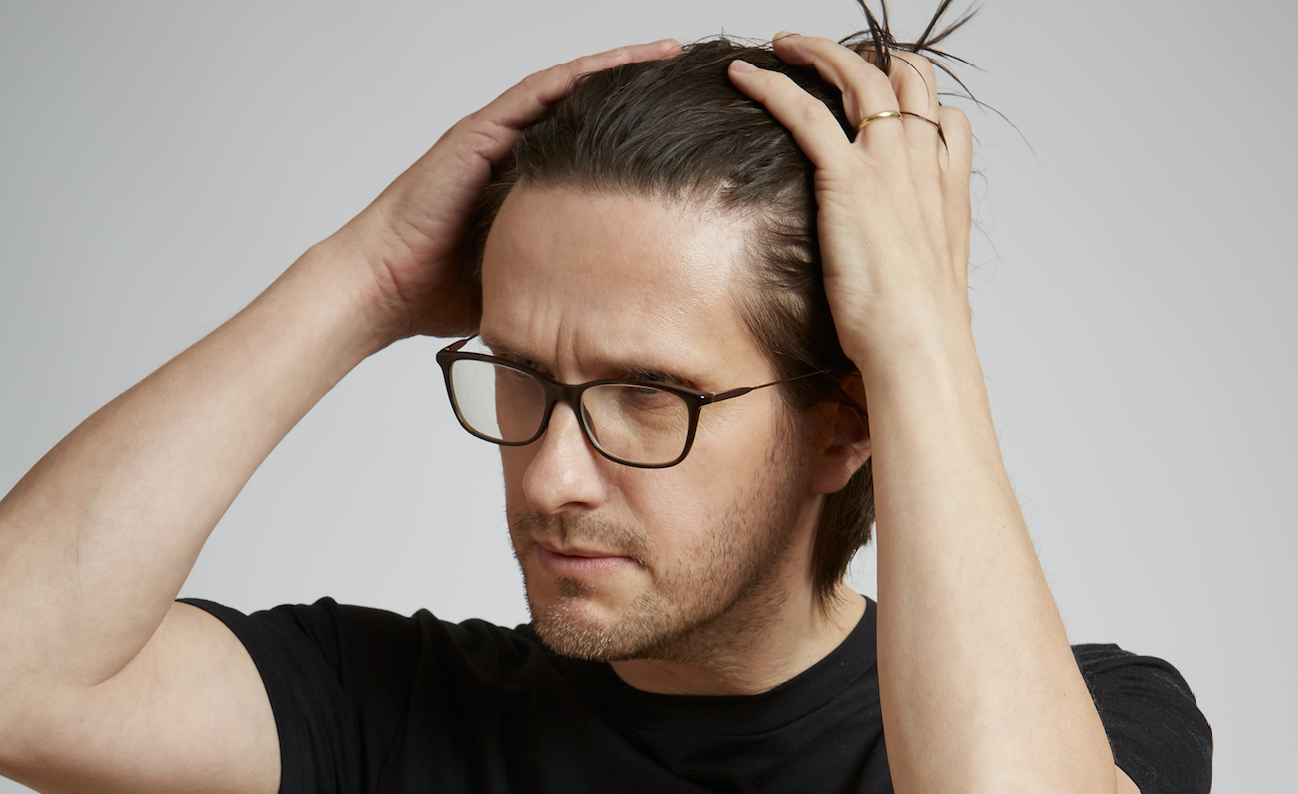 Atmos means that fans can hear things on classic albums for the first time.

“The details were there but you just couldn’t hear them because the stereo almost couldn’t contain all that information,” he explained. “Suddenly, in Atmos you’ve got this ability to be much more painterly about the way you position those elements. It’s about trying to keep the cohesion of the music while simultaneously creating a wider screen effect.”

For all the new music I make from now on, I will certainly be thinking about producing Atmos mixes

Wilson said it’s “incredible” how fast Atmos is gaining traction across the industry.

“One of the things I’ve found over the years is that people will go and invest in new technology if their favourite album of all time comes out in that format,” he said. “Which is why it’s so amazing that The Beatles are right in at the beginning of this. There are so many people that will go out and invest in Atmos or discover it or find out what it’s about, just so they can hear Sgt. Pepper or the White Album or Abbey Road in the ultimate way.”

So how far can Dolby Atmos go in the years ahead?

“For me, it’s all about as much catalogue as we can get out there, the better,” said Wilson. “The streaming services being on board is going to make a big difference too. So I’m completely invested in it. All the new music I make from now on, I will certainly be thinking about producing Atmos mixes, and I don’t just mean for the world of streaming, I mean in terms of physical and releasing Blu-rays with Atmos mixes on, too, which is something I’ve done with my last album.

“I would love to see that physical end of the market expand too, because I think a lot of the demographic for Dolby Atmos music is still going to be people like me, my age group, who love the physical object. That’s also key, and I think it’s something that’s going to grow with the more classic albums that come out in this format.”