Dave Grohl on Nirvana, Foo Fighters and the person who's 'fuelled' his engine for 25 years 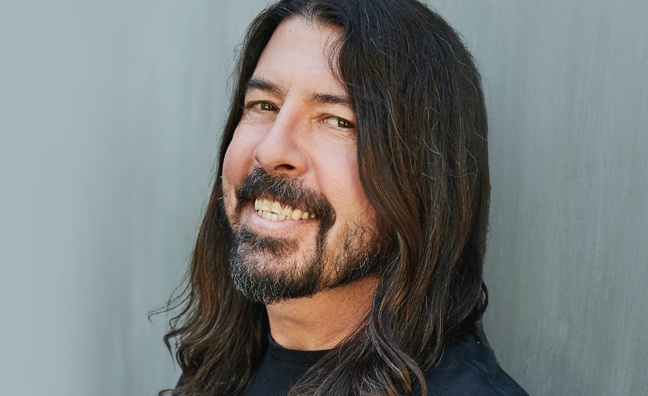 In the latest issue of your all-new Music Week, the legendary Dave Grohl reflects on his life and career, from Nirvana all the way through to Foo Fighters playing President Joe Biden’s inauguration ceremony.

“Nirvana were either the best band you’d ever seen, or the biggest fucking train wreck you could possibly imagine," laughed Grohl. "There was no middle ground. I remember someone once telling me that the best bands don’t have mediocre shows, and we never did! It was either this transcendent experience where you felt you had witnessed something from another universe, or you walked away thinking, ‘I paid $8 for that!?’ My place in the band was just to make as much thunder as I possibly could to push what was going on with Krist and Kurt. It was amazing. The only thing I really had to pay attention to was Kurt fucking jumping into the drum set at the end of the show!”

Foo Fighters celebrated their 25th anniversary as a group last year, and in the Aftershow Grohl looked back to their inception.

“I didn’t know what I wanted to do with the rest of my life, but I didn’t want to be caught in the sadness of what had just happened [Kurt Cobain’s death by suicide]," he told Music Week. "I just felt the need to record those songs, so that I could feel like life was worth living. The sequence of the [Foo Fighters debut] album is the one I recorded the songs in – we only had five fucking days. There was a lot of coffee and enthusiasm, but there wasn’t a 25-year world domination plan!”

In the Aftershow, Grohl also spoke about his relationship with his manager John Silva and revealed his own ideas on what makes for a great rock manager.

“When Nirvana started talking to record companies, we realised that we didn't have a manager, and that might be necessary,” Grohl laughed. “I mean, at the time the band was self-managing, which meant counting $5 bills in the back of the van and we eventually got an accountant where we took all of our receipts from the gas station and formed a limited liability corporation, we were like, ‘Oh, we can write off our corndog receipts? Amazing!’ So we met with a few different managers – and managers are a funny breed, because there really is no prerequisite to becoming a rock manager, you could be someone like Shep [Gordon, Alice Cooper’s manager], where you just fucking dealt with the band and eventually raised your hand and said, ‘Oh, I'll be your manager, you know?’ Clearly, there’s no training course to become a rock’n’ roll manager. There is some strange intrinsic ability that makes you successful at becoming a rock manager.”

Grohl proceeded to talk about his relationship with John Silva that has endured for over 25 years.

“He’s perfectly comfortable being far in the background, but clearly he’s the fuel that’s filled my engine for over a quarter of a century,” praised Grohl. “My relationship with John Silva is one of friendship, one of family, one of mutual respect, and one where we push each other. I mean, I come to John with the craziest fucking ideas, ‘I want to do this documentary! I want to do this tour! I want to do this movie! I want to do…’ whatever it is! He's the first person to say, ‘Well, here's all the reasons why that won't work.’ And then I turn to him, and I say, ‘Fucking figure it out!’ And for 25 years, he's done it, he's figured it out. I work for him. He works for me. We've done this together a long time. And clearly, it works, right? I love him like a brother. And I fucking hate him like a boss [laughs].”