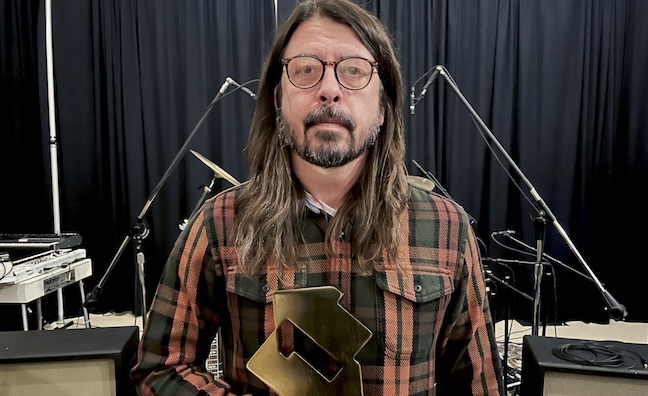 Foo Fighters have debuted at No.1 with their 10th studio album, Medicine At Midnight (Columbia).

The album moved 42,486 copies, including 31,617 physical units and 3,572 sales from streams, according to the Official Charts Company. That compares to 61,254 for the week one total of its 2017 predecessor Concrete And Gold.

Medicine at Midnight sold 10,500 copies on vinyl and is No.1 on the vinyl chart. The Weeknd had the most streamed album of the week with The Highlights, which debuted at No.2 (8,617 sales including 5,633 from streams).

According to Music Week’s charts analysis, the band’s lifetime UK album sales are now at 6,975,865.

Foo Fighters now join acts including Prince, Bon Jovi, The Police and Celine Dion who also have five No.1 albums to their name

“I would like to thank everyone for honouring us with this No.1 record,” Dave Grohl told OfficialCharts.com. “After 25 years of being a band, it still kind of blows our minds that this could actually happen and we’re very grateful and very thankful. We can’t wait to get back there to see you guys, sooner than later, I hope! We’re ready – every day we’re one step closer. Thank you very much, it’s an honour to have this No.1 record. See you soon!”

Medicine At Midnight has also delivered two entries on the singles chart for Foo Fighters: Making A Fire (No.52, 6,422 sales) and Waiting On A War (No.53, 6,332 sales) are the band’s 28th and 29th chart hits respectively.

Pick up the new issue of Music Week for our Aftershow feature with Dave Grohl.