Spotify revamps Who We Be Talks podcast for third series 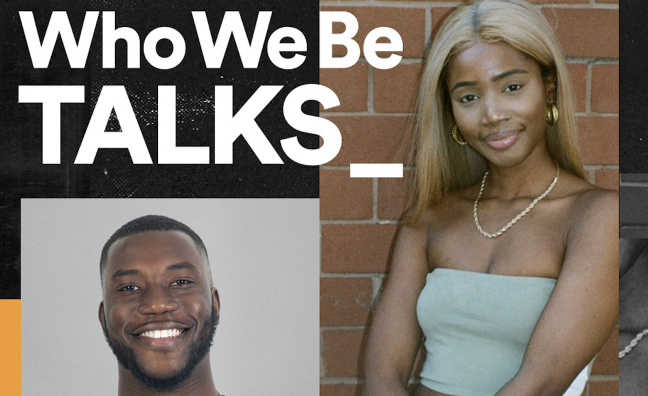 Spotify has announced a revamp of its Who We Be Talks podcast, which launched this week with new presenters Henrie Kwushue and Harry Pinero.

The format has shifted slightly from Who We Be’s original incarnation, which saw DJ Semtex conduct in-depth interviews with artists from across the UK scene, guests included Dave, Craig David, Ms Banks and more. Wired PR’s Parris O’Loughlin-Hoste also worked alongside Semtex on the show.

The show will air each Tuesday and is billed as a celebration of black music and culture. Artists and their stories will remain at the core of the show, which will now expand its remit further beyond music.

Henrie Kwushue (above, right) is a DJ, presenter and broadcaster known for her work with Reprezent Radio and No Signal, which recently partnered with Spotify. Harry Pinero (above, left) is a host and entertainer whose past credits include presenting Stormzy’s #Merky festival.

Last year, DJ Semtex and MS Banks starred on the cover of Music Week to celebrate the success of Who We Be Talks, which launched off the back of Spotify’s Who We Be playlist brand. The playlist currently has 615,774 followers.

“This podcast is the director’s cut, it’s in depth. It’s the bigger picture, an overview. You just can’t do that on radio, you just can’t,” Semtex told Music Week. “Radio is different in the sense that if your record’s coming out you pass through and it’s a brief catch up.”