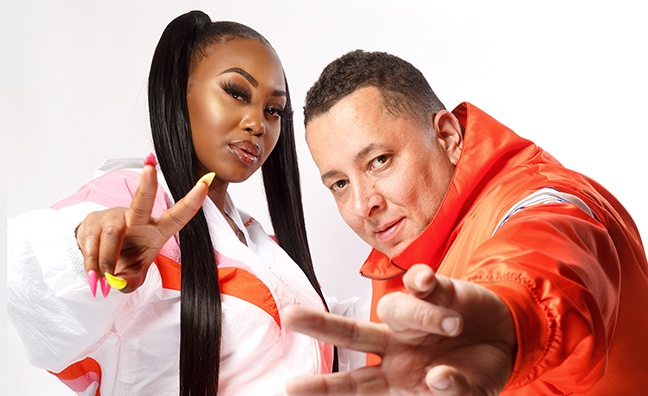 Music Week cover star DJ Semtex has said that Spotify’s Who We Be Talks podcast offers a platform for artists that doesn’t exist elsewhere in the music industry.

Semtex, who DJs on Capital Xtra and is Sony’s director, artist development, appears on the cover alongside Ms Banks, who was interviewed on the podcast earlier this year. The rapper won the New Artist award at Music Week Women In Music 2018.

“This podcast is the director’s cut, it’s in depth. It’s the bigger picture, an overview. You just can’t do that on radio, you just can’t,” said Semtex. “Radio is different in the sense that if your record’s coming out you pass through and it’s a brief catch up.”

The DJ said the industry should “look at the Who We Be Talks podcast as long read press,” using his recent interview with Craig David to make his point.

“When I was talking about doing something with Craig, I told him straight, it’s about him as an elder statesman of the scene, it’s not his marketing plan, ‘album in stores, record out now,’ it’s about his position, he’s seen loads of things,” said Semtex. “It goes back to the business of music, what he’s been through and seen. I don’t want the marketing plan.”

Semtex wants Who We Be Talks to capture the culture of British rap music in 2019, to “preserve a moment in time”.

He said he feels duty-bound to chronicle the lives of Dave, Fredo, AJ Tracey and others who have appeared on the show.

“There are people who can take care of the business, monetising it and everything else. In terms of making sure that the art is discussed properly, I’ve got to do it,” he said.

“I’ve got to be so careful; I’m holding up a mirror, I’ve got to give these artists the space, respect and opportunity to speak fearlessly without taking advantage.”

Ms Banks opened up about the impact her Who We Be Talks interview has had so far.

“I was more open in that interview than I have been in others, I felt very comfortable,” said the rapper. “It’s Semtex, the way he speaks to you. You can tell Semtex loves music, so of course it’s going to be easy to bond with artists, because he loves what they’re about. He has a real interest in the process and how we do things and how certain things come about, so it makes it easier to want to [open up].”

Podcasts are as big as the radio stations

Independent rapper Ms Banks said the interview” gave people a deeper insight into me and where I’m at and how certain things came about,” and revealed that her team “really wanted” her to appear.

“Who We Be is literally who we are, what we’re about, our culture. It’s important to have representation, artists representing their individuality, their sound,” she said.

Ms Banks told Music Week that podcasts are “as big as the radio stations, the have as much influence”.

“You’re never going to get as up front and personal with artists in any other situation, it’s the only? time they’re open,” he said. “They know this is the time to talk, it isn’t happening anywhere else.”