On the radar: Mr Eazi 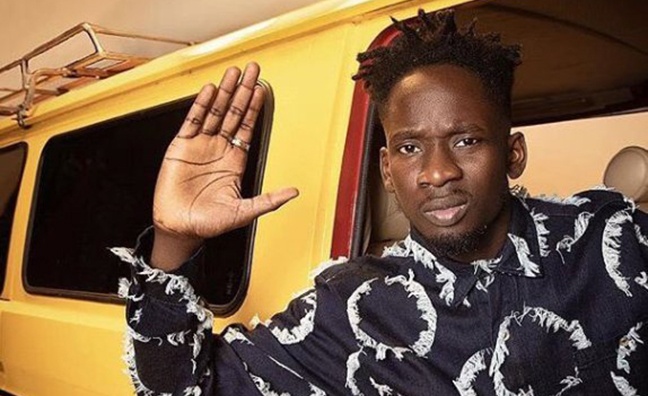 I’m blessed brother…” Oluwatosin Ajibade speaks with the relaxed tone you might expect from someone who goes by Mr Eazi. More often than not, he loses the Mr, too. We meet in the wake of the release of his new mixtape, Life Is Eazi Vol 2 – Lagos To London. Volume 1 in the series, released last year, mapped a sonic journey from Accra, in Ghana, to Lagos. Eazi is Nigerian, and splits his time between his pad in plush South Kensington, and Lekki in Lagos State. His big musical move came after he relocated to Ghana as a student, experimenting with promotions and subsequently his own music. His debut mixtape About To Blow dropped in 2013, marking the birth of his Banku genre – a limitless blend of Nigerian musical tradition, Ghanaian highlife and neon touches of dancehall, Afrobeats and more – and he’s been busy blowing up all over the globe ever since.

Made internationally, on planes and in “too many studios to remember” the new tape features Giggs, Lotto Boyzz and more, tracing Eazi’s journey into the heart of the UK scene, where he’s a figurehead of the enduring explosion of African sounds. He featured on Raye’s smash Decline, and played The O2 as part of Wizkid’s Afrorepublik event in September. “I’m a nomad, I like to hop from one place to another,” says Eazi, who is seeking to unite the world with music. “As a traveller, I see the world with one eye, all human beings are very different, but at the roots we are all the same,” he continues. “If my music can make people from all over the world connect and be on one frequency, that gives it more meaning. To lock everyone in the world in one happy place… It’s so special to me.”

I’m a nomad, I like to hop from one place to another

Eazi also sees his music as an antidote to “moves towards seclusion with immigration, race, religion, belief and sexual orientation”. He’s onto something – joy courses through the bones of songs such as Pour Me Water and Bad Vibe, which, with more than 50 million Spotify streams, is his biggest hit yet. Eazi is an independent artist, and has a keen business interest. His Banku Music label has partnered with Diplo’s Mad Decent, Universal Music Africa and Columbia UK. Indeed, he reveals a close relationship with the major’s president. “Ferdy [Unger-Hamilton] has become a personal friend, beyond pushing the music, learning how it works. I am closer to being one with the UK scene. The love is there,” he smiles.

Eazi plans to spread his wings ever further, “making life beautiful” for anyone he can. He’s just launched Empawa, a scheme to incubate independent African talent, and plans to build his own distribution business. “I’d rather be seen as an enabler or curator,” he finishes. “Empawa is for finding artists and building them into entrepreneurs. There’s always a new challenge.”