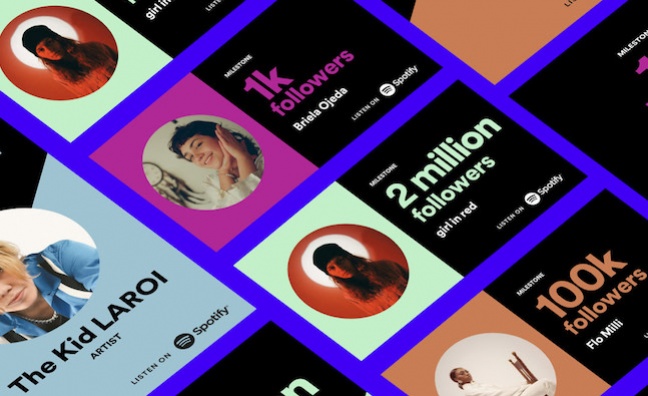 Spotify has added new features to its Promo Cards, which enable artists to create personalised assets for use on social media and other promotional channels.

Promo Cards were introduced last autumn, featuring easily customisable graphics to share with fans to promote an artist, their songs, an album or when they’ve been featured in popular playlists. Hundreds of thousands of Promo Cards have been created since launch.

After launching with support for more than 30 Spotify playlists, now another 30 have been added including Altar, Fresh Folk and Who We Be.

Artists can create Promo Cards when their track hits the top 50 in the Top Global Weekly Songs Chart. The cards feature the track artwork and the chart position.

For tracks, albums or podcast episodes that have been released in the past seven days, there will be a special badge that indicates to fans that it’s brand new.

Spotify has also added French to the existing languages available on the Promo Cards (English, Portuguese, Spanish and German).