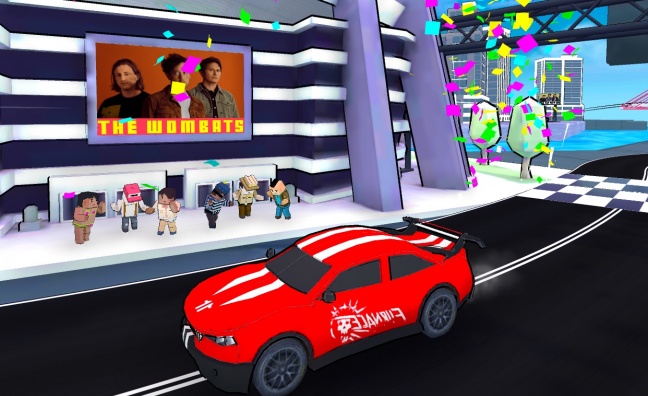 Following their first No.1 album, The Wombats have teamed up with Be-Games on an interactive mobile game.

The music video game, which features the band’s music, is available on iOS App Stores globally.

The Wombats: Official Game is inspired by the music video for the band's song, This Car Drives All By Itself. It allows fans and gamers to immerse themselves in a playable version of the music video.

Users are able to play as either of the three band members, as well selecting a choice of racetracks around the globe. Each track represents a different city from the band’s current tour.

Mobile games alone boasted over 2.6 billion players in 2021, seeing a 35% increase in pre-pandemic revenues to $116 billion.

“Besides being a fun and engaging new way for fans to consume music, MVG's can also be utilised more broadly as a way to promote album and ticket sales via a groundbreaking new medium,” said a statement. “Moreover, they offer an additional source of income to support artist revenue.”

Be-Games CEO & co-founder Jam Allinson said: "As we see gaming become bigger than the music and movie industries combined, accounting for over half of the entertainment market, the two worlds of music and video games are becoming irreversibly entwined. Be-Games are pioneering MVGs [music video games] to offer fans and artists the best of both worlds. A playable music video on the App Stores opens up an ever growing mobile gaming space which boasted over 2.6 billion players last year."

Co-founder George James said: "The Wombats and AWAL are long standing clients of Be-Hookd and in that time together the way we engage the avid Wombats fanbase has evolved and adapted with the ever changing social media landscape. This music video game is a shining example of how Be-Hookd and our new subsidiary Be-Games are shaping fan engagement and bringing fresh creative strategies to our clients.”

The Wombats manager Simon Bobbett said: "It was a pleasure working with Be-Hookd on the band’s first venture into gaming, one of many new initiatives the band have explored in this current climate, having recently launched a successful NFT/Metaverse experience via Sandbox. We are really excited about how it turned out, the team over at Be-Hookd have really delivered on a great initial idea, and we can't wait for our fans to play the game."