The Wombats extend AWAL deal ahead of new album 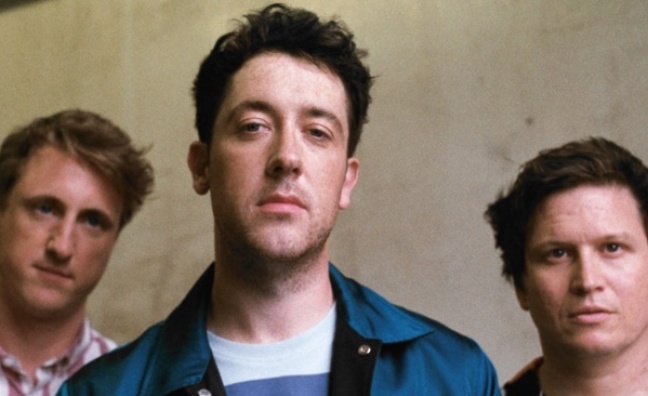 The Wombats have extended their deal with AWAL ahead of the release of their fifth album.

The group released their last record, Beautiful People Will Ruin Your Life, with the firm and are set to continue that arrangement with them providing global services including distribution, marketing, sync and more for their next release.

“The Wombats are in major form right now,” suggested AWAL vice president of A&R Matt Riley. "Beautiful People Will Ruin Your Life was a huge success for both the band and AWAL, building and maintaining a huge new audience of young fans all over the world culminating in the band opening for The Rolling Stones in New York, selling out Wembley Arena and notching up 250m streams across the album to date. Murph and the guys continue to write amazing pop songs and we are delighted to keep working with them. I think their new material is some of their best yet.”

Welcoming the deal, frontman Matthew Murphy said AWAL had provided a "home" for the band.

“I'm really happy to have AWAL back onboard for album five. Their support and passion towards this band over the last three years has been second to none,” he explained, while drummer Daniel Haggis added: "We’re so excited to be working with AWAL again for our fifth album. After the way their team worked with us on Beautiful People Will Ruin Your Life we felt that we’d found an amazing new home for us Wombats and we look forward to building on that relationship."

Although a date for the next album is yet to be set, the group's manager Simon Bobbett added that The Wombats are keen to move forward and build on their recent successes.

“We are thrilled to be continuing our relationship with AWAL, they played a huge part in the last album’s success," he said.

"The band have gone from strength to strength these past few years and ended the last campaign playing a sold out Wembley Arena. Creatively the band are writing the best music of their career and i am excited to see where we go with the next record, whilst continuing our relationship with AWAL. Beautiful People Will Ruin Your Life is close to reaching 300 x million streams, a huge result for any act never mind a guitar band.”