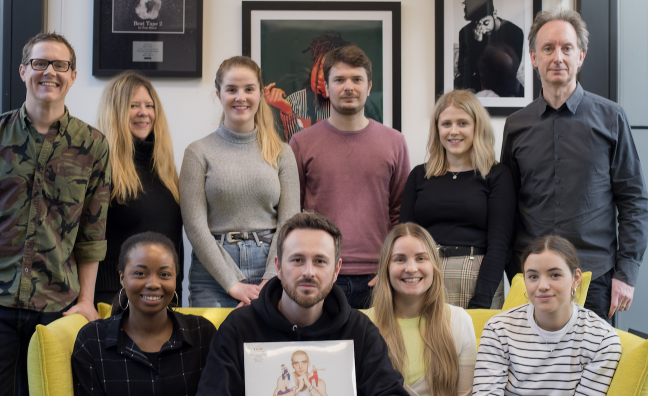 They’re reflecting on how they capitalised on Lauv’s strong streaming presence to develop a “global pop star”. Lauv’s debut album How I’m Feeling debuted at No.9 last week, following the No.8 peak for Troye Sivan collaboration I’m So Tired, which has sold 528,120 units to date, according to the Official Charts Company.

Read a Q&A with Leff here, and scroll down for a Q&A with AWAL president Paul Hitchman and general manager Paul Trueman to find out how they built a worldwide fanbase for an artist they feel will get bigger and bigger…

What do you enjoy most about working with Lauv?

PH: “The way he works is really innovative. He's been able to write, record and release tracks as he's gone along, I know a lot of artists do that today, but as a pop star, an artist who sets very big ambitions, he’s able to have [total] creative freedom. It’s enabled him to build a rapport with audiences around the world because he’s such a personal writer, it feels like he's speaking directly to the audience. There's nothing between Ari and his fans in terms of releasing music, he would literally write, record and release a track that he felt strongly about that was about him at a particular time. We were able to support that while at the same time having big pop hits. He’s a pop artist building a career with global radio hits, but at the same time, being able to release music and be very flexible and unlimited. That feels like a strategy that really worked for him and his audience.”

Can you give us some insight into how you work tracks internationally?

PT: “Working with the UK and US as a base, we’re proactive in going out with each track and working out the potential in each market and building the campaign. Take Mean It, which features Lany, as an example. There wasn't such a feeling that it was going to be a traditional radio track in multiple markets. But the Southeast Asian markets felt very strongly that it could be, and it has been such a huge success just in that region. One of the territories that's been a bit slower for Lauv traditionally has been the French market, we haven't had that hit there. But they felt Mean It was a big opportunity, and it made our first real inroads into French radio. It's about tailoring each campaign for a specific song and then maximising that.”

What does Lauv’s rise say about AWAL?

PT: “Around three years ago we decided to look a lot more at developing artists and working with them to grow their audiences. Lauv was one of one of the first artists to come through, we partnered with him right from the very beginning so for us he's been a poster boy because been we've been there since the start. We’re proving that this can be done as an independent artist.”

PH: “There is no limit to what you can achieve as an independent artist today. Lauv absolutely shows that.”