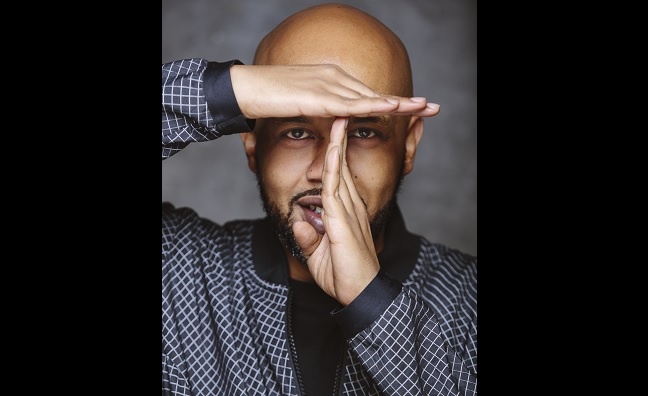 Now in his second year as director of urban music at YouTube, Tuma Basa is slowly getting used to the idea of being a music business personality. But in his Music Week cover interview last month, Basa, stressed that the artists will always be the industry’s most important asset.

We’ve already brought you an extract from our interview in which Basa laid out his vision for music’s “borderless” future and YouTube’s role in it, now settle in for some stories from his personal archive.

Formerly of BET, Revolt and MTV, the man who revolutionised playlisting at Spotify is a leading authority in hip-hop, and he credits early exposure to artists as one of the biggest factors behind his success. Here, he winds back the clock to some of his earliest encounters…

You helped so many artists with RapCaviar, how do you look back on it??

“That was the mission, that we were friendly to the culture and we reflected accurately what was happening in the culture. And it worked. I could feel that things were changing, and playlists weren’t really branded yet.  So part of what we did was put life into the playlists, create personalities, identity. RapCaviar already existed; it was called Hip-hop Monsters and had about a million followers. But, what is a hip-hop monster? That was literally my question. It doesn’t speak to a hip-hop audience. So RapCaviar was supposed to be aspirational, elite, the crème de la crème.”

RZA picked me up in a hummer and we had spaghetti

Did its success change things for you?

“Before, I had benefited from anonymity. It forced me into the public eye. And I’m glad it happened at a later stage rather than when I was unprepared for it. So I sacrificed my anonymity. It ended up being a good thing. We were trying to humanise the brand, we did shows, merch, and community service... We did these things so that people knew we were part of the community, that we were real.”

Johnny Nunez found this photo of me with Aaliyah in his negatives, just in time for the Music Week feature. Link of the digital version now in my bio. @johnnynunez @musicweekinsta #Aaliyah

Closeness to artists was a big part of that. Have you always been at ease around them??

“I was entry-level in the music department at BET, so I didn’t interact much. I carried luggage for Destiny’s Child one day, and met Busta Rhymes and  Fat Joe. Then Chuck D had a meeting with my boss and ended up sitting on the floor by the elevator with me telling me about the internet! Then, in 1999, RZA came to meet with my boss, Gregg Diggs. RZA’s real name is Robert Diggs so he wanted to meet Gregg; they have the same last name. Gregg was in a meeting and didn’t want to disrespect RZA. He told me to keep him company. I had soup with RZA, we connected so well. I’m anonymous and he’s RZA! He said, ‘Yo, I’m gonna send a jacket over and some panties for your girl’. And he actually did it! When I moved to New York in 2000, he picked me up in a Hummer and we went to get spaghetti, we went to the 36 Chambers studio, he was playing me some music. I was a young kid; I’d never been in a Hummer. We have the same birthday, too. That jacket caused problems, though, I was lower level and there were senior people who didn’t get one... Fast-forward to 2000 and I had a picture with Aaliyah, I gave it to someone. I don’t have the physical photo anymore, I gave it to someone and regretted it.”