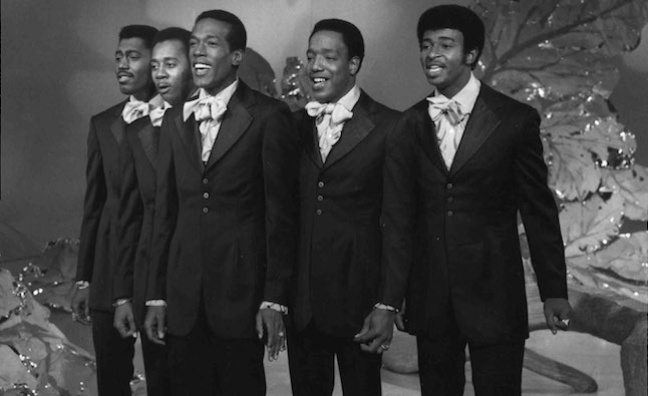 Universal Music Enterprises (UMe) has announced an agreement with SOFA Entertainment for the global digital rights to The Ed Sullivan Show library.

The deal covers the show’s 23-year run on CBS. It wrapped its final episode in June 1971.

It marks the first time that Ed Sullivan Show performance and guest segments will be officially available in their entirety across streaming services worldwide. Launching on the show’s official YouTube channel, the segments include landmark TV performances and many will be upgraded to high-resolution clips.

The show featured some of the earliest or first televised performances of acts including Elvis Presley, Stevie Wonder, The Band, The Beach Boys, The Beatles, The Jackson 5, The Mamas and the Papas, The Supremes and The Rolling Stones.

In a time of racial segregation in the US, the show featured high-profile performances from Harry Belafonte and James Brown, as well as Motown artists such as the Four Tops, The Supremes and The Temptations (pictured).

Bruce Resnikoff, UMe President & CEO, said, “UMe is proud to continue its successful relationship with SOFA Entertainment. Together we will transform an incredible treasure trove from The Ed Sullivan Show to the streaming era and to new audiences. Ed Sullivan was a pioneer of his time and is responsible for many pivotal TV performances and significant moments in entertainment history. We will now introduce these high-quality landmark television performances from musicians, comedians and Broadway that catapulted the careers of many icons to a global audience.”

“SOFA Entertainment is thrilled to continue its decade-long relationship with UMe,” said Andrew Solt, CEO of SOFA Entertainment. “The UMe team has the passion and expertise to honor Ed Sullivan’s legacy and create new ways for people around the world to enjoy it. I’m overjoyed that the SOFA Entertainment stewardship is now in the hands of my son, Josh, who has experience with digital content including five years at Google.”