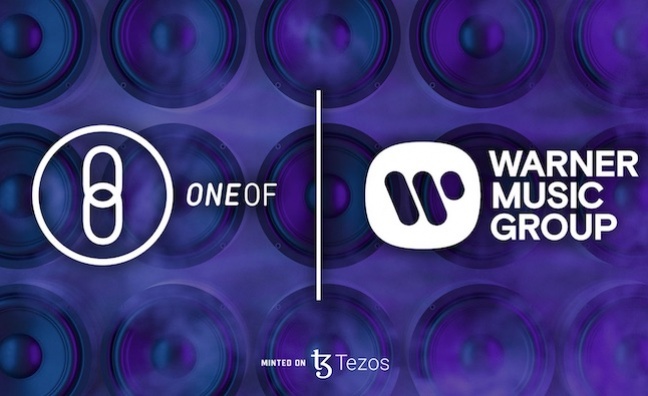 Warner Music Group has signed a deal with OneOf for exclusive NFTs for the major’s artists.

According to the statement, OneOf’s platform creates NFTs that are more energy efficient than its competitors. They range from collectibles to music royalties and experiences.

It follows recent announcements by WMG on new NFT partnerships with Blockparty and The Sandbox.

Under the terms of the deal, Warner Music will be the preferred partner of OneOf.

In December, a previously unreleased recording by Whitney Houston was sold for $1 million on the platform.

“Web3 is a massive leap forward in technology: it will expand the scale and scope of both human and machine interactions far beyond what we can imagine today,” said WMG EVP Oana Ruxandra. “Partnering with OneOf, a leader in the emerging technology space of Web3 and NFTs, gives our artists an edge in more authentically building one-to-one relationships with their fans and winning in the new Web3 economy. We’re excited to see what’s possible.”

“From collectibles to music royalties, NFTs and Web3 represent the pulse of consumer demand and an exciting future for the music industry,” says Lin Dai, OneOf CEO. “We are thrilled to partner and innovate together with Warner Music Group and use our cutting-edge Web3 technology to bring their iconic labels and world-renowned artists to the next 100 million fans on blockchain.”

The company, which is backed by Quincy Jones, has also announced collaborations with the Grammy Awards, iHeartRadio and MusiCares.