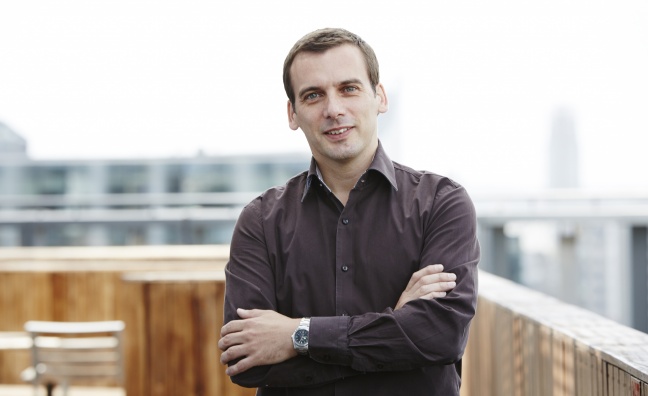 While much media attention is on the battle for streaming supremacy between Spotify and Apple Music, it seems clear that Amazon Music Unlimited is in a strong third place. Eighteen months after its UK launch, the premium service recently launched a big discounted membership offer as part of Amazon Prime Day.

Its three years since your first streaming service launched. How are you performing now with the addition of the Unlimited tier?

"We are very pleased with the growth, we are in about 40 countries now. Internationally, we have tens of millions of people using Amazon Music every month across Prime Music and Amazon Music Unlimited. Unlimited itself has more than doubled in size in the last six months, so that growth rate is really there. Now this is a really interesting time to be in music streaming, everyone’s growing strongly and that’s great to see because as an industry we need all of that growth to come and voice is clearly part of what is driving that future growth."

Are you chasing Spotify and Apple in any markets?

"We tend to focus more on what we’re doing for our customers than focusing on what they’re doing. We do think that there’s enough space here for everybody. We are both appealing to the same people as they are because we have the same quality of apps, and we work with the same artists. But we are also appealing to another customer group too. I was telling a story about my own mother-in-law streaming music, and that comes from having things like Alexa and Prime Music as channels for us. On top of that we also have your more classic music streamer coming and choosing us."

Does that mean you’re focusing on new artists as well as more mainstream music?

"It’s really important. We recognise that customers come to us too and it’s important that we highlight new music of all genres to do that. It’s a question we’ve had a lot of times - how can voice help people discover new music? That’s what we’re trying to do with things like the Weekly One, which we launched a few weeks ago. It features that one new breaking artist each week with a little bit of an introduction so people understand what it is they’re listening to."

Have Alexa and the Echo been driving growth for Amazon Music?

"Voice is one of the drivers for us. We have people who come to us because they’re Prime members and discover they have Prime Music, or customers who buy an Echo and realise that the thing that makes it come alive is listening to music. If Amazon Music Unlimited globally has more than doubled in size in the last six months, not only have we reached a good scale we’ve also grown quickly."

How did the Prime Day special offer boosting your subscriber numbers?

"It’s an industry-leading offer, we ran it last year as well and there’s been huge take-up in both years. That’s why prime is so important to us, it provides us with an opportunity to speak to customers, it gives them a great opportunity to try music. I know we’re not the only people doing promotional offers, but that 99p for four months is a great way of getting people in."

To read the Music Week magazine interview with Amazon's Paul Firth pick up the latest issue – or subscribers can click here. To subscribe and never miss a big industry story click here.